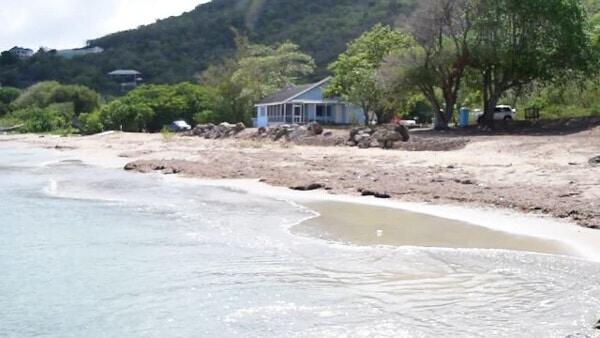 The Nevis Island Administration, is moving to provide safer facilities for persons traveling to St. Kitts, via the growing water taxi service on the island. It is available at Jones Estate on Oualie Beach on the north-west cost.

Minister of Communication and Works on Nevis Hon. Alexis Jeffers, said during a tour of the proposed site at Oualie Beach on April 25, 2017, a wooden 100 feet by 10 feet pier will be constructed. The port facility will be managed by the Nevis Air and Sea Ports Authority (NASPA).

The minister acknowledged that over the years, commuters have been using a pier adjacent to the planned new pier which has become unsafe. However, given the importance of a pier to the overall development of Nevis, the Administration is moving ahead to construct the new pier.

He listed features of the new port facility including a restaurant operated by a business person on Nevis with the requisite business acumen. It will be operated at a level consistent with the services offered on the island. There will also be a ticket booth and a gazebo-type waiting area similar to what exists at the main port facility in Charlestown.