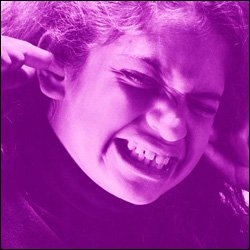 The Noise Abatement Bill 2009, goes back to the St. Kitts and Nevis National Assembly.

Approval of the legislation was deferred at an earlier sitting to make amendments suggested by parliamentarians during debate.

The process for declaring an area to be a noise abatement zone involves informing the general public of that intention, pursuant to clause 5 of the Bill, by way of the publication of a notice of the Minister’s intention in at least two newspapers and in the Official Gazette.

It provides for members of the general public to voice any concerns or objections about an area being declared a noise abatement zone or to the specific conditions that are proposed to become applicable in relation to noise in that area, during the period set aside for public consultation.

The concerns or objections of the public must be taken into consideration prior to a final determination on the matter of declaring an area to be a noise abatement zone.

Part III of the Bill provides for complaints, investigations and other areas. Clause 9 makes provision for the regulation of the emission of noise from any place or property by the police. The clause provides that a person must not make unreasonable noise that disturbs the peace, quiet and comfort of his neighbours.

This clause speaks generally to all areas in the Federation and requires persons to be reasonable and considerate of those around them. This general requirement varies from the more specific conditions that would apply within a noise abatement zone where specific conditions for noise levels et cetera will be stipulated. Clause 10 makes provision for any person to make either a written or oral complaint to the police about noise.

Clause 11 provides for the duties of the police upon the receipt of a complaint and matters related to the investigation of the complaint.

Clause 11 (2) provides for the application of a reasonableness test by the police officer together with specific criteria, that is, that the noise is plainly audible for a distance of one hundred feet or plainly audible in an adjoining apartment or building.

These additional means of assessment of the noise level should result in a fair determination by the police officer. However, the Minister, after consultation with the Commissioner of Police, may allow the use of any appropriate device for the detection of noise in Regulations to that effect.

Clause 13 provides for the issuance of a notice (ticket) by the police officer and the fixed penalty in such a notice is five hundred dollars. A person who chooses to pay the ticket is automatically free of any liability or business with the court.

A person who chooses not to pay the ticket shall have proceedings brought against him in court and if convicted he would no longer have the option to pay the five hundred dollars.

When enacted the bill does not apply to noise emitted by a recognised religious organisation, an educational institution, in the course of operating a public utility undertaking, aircraft, premises used for animal husbandry, police, fire and rescue and ambulance purposes, a statutory body in the exercise of any of its functions, a garbage truck to inform the public that it is collecting garbage in the area, for the purpose of communicating with persons on board a vessel to direct the movement of that or any other vessel, in the case of an emergency pursuant to Section 19 of the Constitution and by a musical or noisy instrument fixed or located in a vehicle which is being used for the conveyance of a perishable commodity for human consumption and the noise is solely to inform members of the public, other than by the means of words, that the perishable commodity is on sale from the vehicle.