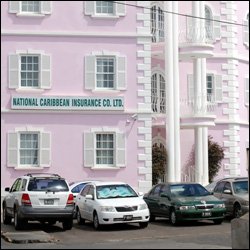 New legislation to regulate insurance businesses that operate in St. Kitts and Nevis as well as private pension fund plans will be debated in the National Assembly Thursday.

Minister of Finance, Dr. the Hon. Timothy Harris will lead the discussion on the legislation which has been presented to the lawmaking body in nine parts.

The proposed law deals with administrative matters such as the appointment of a Registrar of Insurance who will be responsible for the general administration of the Act.  The Registrar has many duties under the Act and has the power to obtain the services of an actuary as well as to delegate some of those duties to other public officers.  The Registrar is also required to submit an annual report to the Minister on the working of the Act.

Part III requires persons transacting insurance business within the Federation to be registered.  The Bill makes provision for the application for registration and also the conditions for registration.

Parts IV and V deal with matters concerning the registration and cancellation of registration of associations of underwriters, insurance agents, insurance adjusters, insurance brokers and sales representatives.  A number of practices regarded as unethical by the industry have been provided for as offences under the Act.

Part VI deals with matters pertaining to the rights of the insured on the issue of a policy, the naming of beneficiaries, protection of group life insured and industrial life policyholders.  This Part also deals with the assignment and mortgages of policies as well as paid up policies, surrender values and non-forfeiture after the policy attains a certain cash value.  The procedures to be followed in respect of mutualisation and for transfers of portfolios from one insurer to another are also included.

Part VII is devoted to general insurance.  It offers protection to policyholders in the event of misrepresentation of facts that are not material to the risk and invalidates any condition in a policy that introduces average where the sum insured is not less than eighty-five percent of the true value of the property.  The Bill also empowers a court in awarding judgment to order payment by installments instead of a lump sum.  Insurance companies are required to provide reserves in respect of unexpired policies as well as in respect of outstanding claims.

Part VIII stipulates conditions for operating a pension fund plan.  Each plan is required to be registered and to have a trust deed which complies with stated requirements.  The trustee(s) have a number of obligations including the submission of annual financial statements and an actuarial report on the fund every four years.

Part IX provides for confidentiality and stipulates the general requirements related to confidential treatment of information obtained by the Registrar, as well as, the terms and conditions for disclosure of the said information.

Part X generally provides for matter related to corporate governance, including, a description of the types of persons who would qualify to be a director of an insurance company and the terms and conditions such a person would cease to hold his or her position as a director.

Part XI deals with miscellaneous matters such as a requirement that policies must be legible, and insurance companies must keep a register of policies.  Persons are restricted from using the term “insurance” or “assurance” unless registered under the Act.  There is a provision for the appointment of an Arbitration Tribunal to consider appeals against decisions of the Supervisor of Insurance.  The Minister is given general powers to make Regulations for carrying out the provisions of the Act.