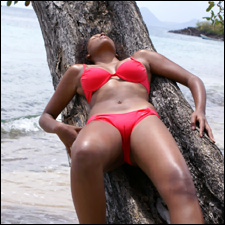 With less than two months remaining before the start of Tourism Week  2011, the Nevis Island Administration’s Ministry of Tourism is ready to launch the contestants in the Miss Teen Hospitality Pageant.

The launch is scheduled for December, 17 at 4:00 pm at the Memorial Square in Charlestown where six contestants would be expected to make a grand entrance.

Tourism Marketting Officer at the Ministry of Tourism and former Miss Culture Queen, Ms. Tamica Lawrence is the chairperson for the pageant.

According to Ms. Lawrence, “there is a need to increase the island’s level of tourism education, especially among secondary school students.”

While the Miss Teen Hospitality Pageant contestants are students attending the island’s three secondary schools and the Nevis Sixth Form College, they will be representing six of Nevis’ tourism-related establishments.

The pageant, which will be held on February 5, 2011 at the Nevis Cultural Complex, will mark the start of Tourism Week 2011.