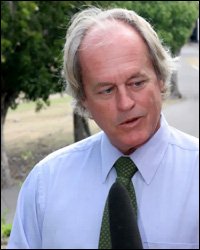 Advisor to Tourism in the Nevis Island Administration, Mr. Alastair Yearwood said in an interview with the Department of Information Monday morning, “too much misinformation about Airlift is being peddled in the Media by the Opposition- the Concerned Citizens Movement (CCM).”

Mr. Yearwood went on to say that the phrase “Nevisians banging water” has been used by member of the CCM the Hon. Mark Brantley, while he complains that he has to “bang water” in his travels through RLB Airport in St. Kitts

“In order to leave no doubt, I would like to inform the public that there are multiple daily flights from the Nevis Airport to both St. Maarten and Antigua.  From St. Maarten and Antigua you can make connections to the whole of North America, Europe and the Caribbean.  I am left to conclude that the only reason to “Bang Water” to St. Kitts to catch a plane is that you choose to do so, thus paying both customs and departure tax in St. Kitts. I urge Nevisians not to listen to misinformation being peddled by the opposition CCM, and utilize the Nevis Airport.”

According to Mr. Yearwood, the main points that have affected Nevis Airlift:

With the failure of Carib Aviation in September 2008, LIAT ceased its two daily flights into Nevis. Thanks to the intervention of the Premier of Nevis, Hon. Joseph Parry, LIAT introduced a Dash 8 flight increasing the number of seats from 19 to 42 per plane. This resulted in a net gain of 46 ((42-19) x 2) seats in and 46 seats out of Nevis daily.

WINAIR is presently operating three daily flights into Nevis, an increase of one flight per day. This resulted in a net gain of 19 seats in and 19 seats daily out of Nevis.

On the advice of the Airport Manager I have averaged the seating capacity of the ATR72 at 55 as they would fly different maximum payloads, depending on wind speed, wind direction and other weather conditions.

On the advice of the Airport Manager I have averaged the seating capacity of the DASH 8 at 42 as LIAT uses 2 different versions of airplanes; one has 37 seats while the other has 50 seats.

“Once you take the trouble to crunch the numbers, it becomes obvious that although the loss of the American Eagle flight has cost Nevis some 770 seats per week, the overall number of seats per week has increased by 140. This is not much, but when one takes into account that we are in a global recession and 50% of our Hotel plant has been lost, due to the closure of the Four Seasons Resort, this amounts to a huge increase, in our daily Airlift.” said Mr. Yearwood.

Below is a spread sheet showing the number of commercial airline seats available in and out of Nevis in October 2008 (prior to the closure of the Four Seasons) and in March 2010 (the situation as of today). As you can see, the airlift has increased from August 2008 to March 2010 by 7.4% despite the recession and closure of the Four Seasons Resort.