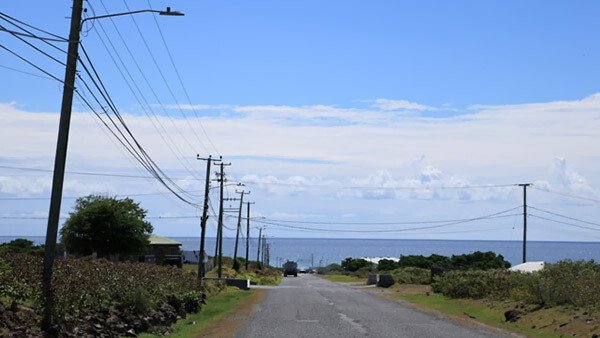 Hon. Mark Brantley, Premier of Nevis and Minister of Finance in the Nevis Island Administration (NIA), says the ongoing Street Lighting Replacement Project undertaken by the Nevis Electricity Company Limited (NEVLEC), is a major move forward which will result in energy efficiency and cost cutting for consumers on the island.

Mr. Brantley, who is also the Minister of Public Utilities and Energy, made the comment at his monthly press conference in the NIA’s Cabinet Room at Pinney’s Estate on October 31, 2019.

“NEVLEC has now started its LED [light-emitting diode] roll-out, where we will be changing all of the street lights in Nevis to LED lights. That I think is a quantum leap forward for Nevis because it leads to energy efficiency, consuming less.

“It is likely to have a positive impact on our fuel surcharge because many of you may know, some may not know, that all the lights burning around Nevis through the night we pay for it through the fuel surcharge so if less electricity is being consumed, it means therefore that we are likely to see less being paid by us in terms of our households and our businesses,” he said.

Mr. Brantley noted that every area on the island will benefit from the program, with the Island Main Road and Charlestown being the initial target areas. So far, installation has been completed along the Long Point Road.

“NEVLEC has invested in two bucket trucks to better enable it to do this and I believe the entire port road has already been done… So the LED lights are going to be all across Nevis. We are told we have the first 2,500 delivered out of a total that we expect of close to 5,000, I think, and that those will allow us enough LED lights to have at least one on every other pole throughout the length and breadth of Nevis, not just the main road but the villages and everywhere else,” he said.

The project will also give attention to the current lighting on play-fields on the island.

“Also as part of this project we are hoping to change out the lights at the play-fields, that they too should become LED lighting in order to save electricity. This I think, environmentally, is a good step forward for Nevis, and I would want to commend NEVLEC, the manager Mr. Pultie and his team” he said.

The Premier stated that the public had been approaching the administration for additional lighting in various communities but due to a decision to discontinue utilizing the old lights it has taken some time to resolve the matter.

Mr. Brantley thanked all the entities who contributed to making the project a reality.

“It took a little longer than anticipated but we are now on stream, and I thank all who have been involved – the CDB [Caribbean Development Bank], the Federal Government and of course NEVLEC for now engaging in that.

“I think it is a very positive step for Nevis, and certainly I am very proud that we are embarking on that particular step,” he said.

The Premier used the opportunity to urge motorists to exercise caution at nights in areas where the LED lights are being installed.

LED (light-emitting diode) lights have many benefits from their long shelf life to their durability. They are available in a wide range of colors and do not get very hot, unlike many other lighting sources.

One use of LEDs that is becoming increasingly popular is street lights. Below are some of the benefits of using LED street light bulbs:

There are so many benefits to switching to LED lights in most cases – and use in street lights is just one of them. These lights are environmentally friendly and save you money in the long run. For more LED products, visit https://GoGreenLEDInternational.com