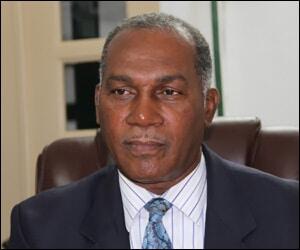 Premier of Nevis and Minister of Finance Hon. Vance Amory, announced the Nevis Island Administration’s (NIA) plans to establish an Energy Unit in 2016, as part of its move to commission multiple renewable energy initiatives on the island.

Mr. Amory’s announcement came when he delivered the 2016 Budget Address at a sitting of the Nevis Island Assembly at Hamilton House in December 2015.

He said it is imperative to put in place sound energy policies to deal with the increasing advancement in the energy sector, to regulate, educate and coordinate all the activities, developments and projects surrounding the planned initiatives in renewable energy.

Mr. Amory explained that the unit will be equipped with the appropriate technical staff to carry out various mandates.

He said once it is commissioned, the unit would be responsible for ensuring that the administration has the correct framework and institutional infrastructure in place, to administer the development of its renewable energy programmes and initiatives; working with regional and international organizations to secure technical support for training in energy and energy efficiency; ensuring proper project implementation; and secure sound energy policy development and appropriate laws and regulations.

According to Mr. Amory, the Caribbean is regarded as one of the most vulnerable regions in the world and it is for that reason that drastic steps must be taken to adapt and mitigate climate change vulnerabilities.

He noted that there is also the matter of mitigating against external shocks such as the increase in the price of fossil fuel and the global increase in the emission of dangerous gases in the atmosphere, and the negative impacts of global warming.

The Premier explained that it is important for the administration to continue with its aggressive renewable energy development agenda to strengthen Nevis’ economic resilience and to embrace a green economy for the future.

So far on its path to a green economy, the NIA has entered into an agreement with US-based company Omni Alpha LLC through a public/private partnership with the Nevis Solid Waste Management Authority for the development of a waste-to-energy facility using the gasification process to manage the island’s solid waste and to provide renewable energy.

Under the project, a solar energy facility together with the waste-to-energy plant will offset the base load use of diesel generators which will be of environmental and economic benefit to Nevis. The project has the capacity to provide  one megawatt of energy from waste generation and about 1.5 megawatts from the solar generation component.

Regarding geothermal development, Mr. Amory stated that the administration had awarded long-term concession to Nevis Renewable Energy International (NREI), for geothermal resource development and the construction and operation of a geothermal power plant on Nevis. On completion in 2018, the plant with will have the capacity to produce 10 megawatts of power.

The Premier noted that the administration continues to ensure that as it seeks to implement its geothermal energy development project, it will be done in a professional manner that will bring maximum benefits to the island and the people of Nevis. He said the administration has taken advantage of the assistance offered by the Caribbean Development Bank (CDB) and the US Government.

In the area of solar energy, Mr. Amory disclosed that the Ministry of Communications and Works is exploring an initiative to utilize solar energy at all its pumping stations and reservoirs to offset the high energy costs of moving water through its water distribution system.

He said work had already started on the formulation of a project concept. External assistance for possible grant funding or concessionary financing will also be sort for implementation of the initiative.