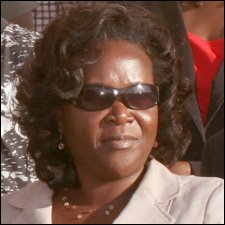 A top official in the Ministry of Education on Nevis commend the Nevis Island Administration’s (NIA) decision, through the Department of Social Services, to rename a learning institution in memory of a local educator.

Principal Education Officer (PEO) Mrs. Lornette Queeley Connor told persons gathered to witness the recent renaming of the St. Johns Primary School to the Elizabeth Pemberton Primary School, that the initiative showed the progress Nevisians had been achieved as a people.

“We believe that this initiative…will not only help make the school and the community stronger but will send a positive message to the children of this area and beyond. This humble act of appreciative recognition reminds our children that no task or hurdle is ever too daunting.

“It reminds us as educators that if you teach, you teach everyone, every child has something to share. So if advanced students want to be challenged, challenge them; if low ability students need specialised teaching, cater to their needs. If the school culture divides students, create a programme to unite them,” she said.

Mrs. Queeley Connor described Mrs Elizabeth Pemberton as a formidable leader who took command and communicated purpose which resulted in her momentous achievements and benefits to her students.

“Many of her students can attribute the heights they have reached in their careers to a great educational foundation laid by Mrs. Pemberton. We can all do well to well to learn from her. Let us remember that no matter how simple we think our contribution to this world may be, an honest day’s work does indeed yield an honest day’s pay even after death,” she said.

The PEO was also of the view that Mrs. Pemberton was deserving of the recognition since she was one who lived in the spirit of civic engagement. We believe that her life and work reflected the progressive spirit that she shared with her community and the school environment.

“Mrs. Pemberton exemplified the true nature of an educator par excellence. She knew how to make children feel like they wanted to learn. Not only was she a classroom teacher but she also taught music at her home, cooked for the entire village at times, was a local preacher and to quote from one of her former students Ã¢â‚¬Ëœwas involved in everything positive that concerned her community’ ,” she said.

According to her profile, Mrs. Elizabeth “Teacher Lizzy” Pemberton was born on April 8th 1920 to Mr. and Mrs. William Hobson of Rawlins Village and attended the St. Johns Infant School and later the Gingerland Girls School where she graduated with a Standard 7 Certificate.

In 1970 Mrs. Pemberton became a pioneer student of the St. Kitts and Nevis Teachers Training College when it was established and later graduated with a Teachers certificate.

She retired from the teaching profession in 1975 but continued to work in the hospitality industry in management positions at the Montpelier Plantation Inn and the Pinneys Beach Hotel and later at Caribbean Confections. Mrs. Pemberton also shared her skills in cooking and sewing with all who were willing to learn.

Teacher Lizzy was also a devout member of the Gingerland Methodist Church where she served as Sunday School Teacher, organist, choir member, local preacher, class leader and was a member of the Women’s league and Synod Lead Coordinator.

She excelled in music and attained a Grade4 Certificate in piano music and conducted piano lessons for many of today’s accomplished musicians on Nevis. She was also a member of the Nevis Choral Club.

In 1996 Mrs. Pemberton was recognised by the Nevis Department of Culture and awarded for her contribution to the development and promotion of music on Nevis. In 1987 she was awarded the British Empire Medal for community services by Queen Elizabeth II.