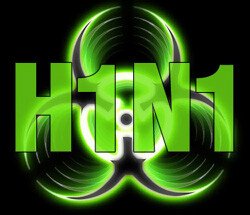 Nevis recorded its first confirmed case of the H1N1 virus (Swine Flu). This brings the Federation’s total number of confirmed cases to four.

According to a press release issued by Medical Officer in Health on Nevis Dr. Judy Nisbett from the Ministry of Health, Department of Public Health, just after midday on Friday, it was informed of the first confirmed case of Pandemic H1N1 2009 Influenza on Nevis, on Thursday August 6.

“This information is the result of a test done on the 29th of July on a seven year old visitor from the USA. The test was sent to the Caribbean Epidemiology Centre (CAREC) from the Alexandra Hospital Laboratory.

“The patient had mild symptoms and did not require hospitalisation or medication. The guardians were given the relevant home care advice and the patient has since recovered and doing well,” the release said.

Notwithstanding, the Ministry of Health reiterated that there was no need for alarm or panic since the vast majority of cases would be mild and patients would recover quickly without the need for medication or hospitalisation.

The release also reminded the public that there was however the possibility of severe illness in some groups of persons who had underlying conditions which included Asthma and other lung conditions; obesity; diabetes and other metabolic conditions; weakened immune systems due to conditions such as HIV, Sickle Cell Anaemia, cancer, kidney disease, liver disease, pregnancy, children under five years and the elderly over 65 years old.