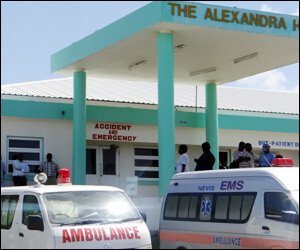 A number of capital projects in Nevis will be jump started after the transfer of EC$10 million in budgetary support from the federal government of St. Kitts and Nevis to the Nevis Island Administration (NIA).

Permanent Secretary in the Ministry of Finance (Nevis) Colin Dore said allocations have already been made to disburse the funds across multiple sectors including health, tourism, education and public infrastructure.

The first project earmarked for funding is the upgrade of the Alexandra Hospital. Mr. Dore indicated that the agenda developed in 2013 included the construction of a new laboratory.

“So that’s one of the projects which are now ready to go,” he said, adding that a ground breaking should be held sometime soon. “We are in the final stages of planning that and out of the $10 million we have allocated approximately $2.5 million.”

Funds have also been allocated to support the Nevis Water Supply Enhancement Project, the Hanley’s Road Rehabilitation Project in Gingerland, the Bath Stream (Hot Spring) Development Project, the Pinney’s Beach Recreation and Public Park Project and the Hot Meals Programme as well as the refurbishment of several public buildings including Government House.

“We are basically using the $10 million to fund the capital side of our budget,” Mr. Dore said. “We believe that once we fund that side, it creates an avenue that can stimulate further growth and development and benefit the people of Nevis.”

The finance official said he expects work to “be in full swing” on a number of these projects by September 2015.