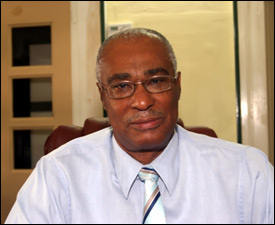 The meeting was called to arrive at an amicable solution with regard to an increase in bus fares as requested by the Association and a matter related to concessions which would provide needed relief for all bus drivers on many of the costs associated with their operations.

Premier Parry regretted that the situation with the bus drivers had escalated to a strike and noted that Sunday July 06 was the first indication he had received of their intention to take protest action.

Mr. Parry made himself available from 5:55am on July 07, 2008, at Bath Hotel to meet with the drivers in an effort to avert the strike action.

While the Government recognised the urgency of the matter, the bus drivers must realise there is a process in place that must be considered.

The Public Utilities Commission (PUC) chaired by Mr. Jeffery Nisbett had been given the authorisation by Government to review each price increase request and advice the Nevis Island Administration (NIA) on the views raised.

Therefore, the PUC had to be involved in all negotiations with regard to pricing of utilities and the provision of those services which included electricity, cable tv, communications and transportation, with the exception of transportation between St. Kitts and Nevis which is a Federal issue.

Mr. Parry explained that every step of the discussions must have the active involvement of the PUC and the NBA. The government must be involved also but would continue to be guided by the PUC and its guidelines.

In a meeting with the PUC Chairman on July 01, 2008, the Commission held the view that it was not opposed to the increase.

However, in round robin discussions on July 07, 2008, the Commission approved a temporary increase of 50 cents per route pending a formal meeting of the PUC.

The Body also registered its regrets for the inconvenience suffered by the public and noted that the increase would not apply to persons already subjected to the higher fares.

In a telephone conversation with the NBA President at 2pm, Mr. Parry informed him that the price increase concern was basically resolved and an announcement would be made in that regard.