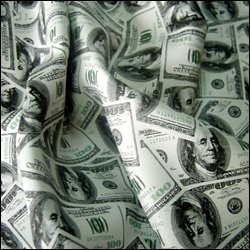 Premier of Nevis, the Hon. Joseph Parry is moving forward with one of his top priorities in his efforts to maintain a high standard of living in Nevis- an Economic Stimulus package.

The Premier said the goal is to put together a plan that, “… not only creates jobs in the short term, but spurs economic growth in the long term.”

The initiative is being made with the understanding that there will be great expenditure to move the country forward, a time to deal with deficits and a time to balance the budget.

When the Nevis Reformation Party (NRP) received the reigns of power in 2006, there was a debt of about $300 million.  However, it must be noted that in order to move the country forward, additional spending was imminent.

In a statement earlier this week, Premier Parry offered a simple explanation of the economics of the whole situation:

In the past few years, the NIA, has raised funds through taxes; and has taken loans locally and abroad to develop the island of Nevis. Since the NRP led NIA government has come into power, they have done every thing that good governance mandates– they have built and fixed roads, sent young people abroad to receive University education, developed an efficient Water program, bought ambulances, put money into the health sector, enhanced the fire department through the purchase of a fire truck, among a host of other things.

“We had to do these things; we had to spend money to effect continued growth on Nevis,” said Premier Parry.

The Premier continued by explaining that when economic activity is taken to a certain level, beyond a point where you begin to experience surpluses, then one can begin to pay back.

Hurricane Omar came last year and caused the closure of the Four Seasons Resort.  In addition to that, a world recession has caused a serious drop in revenue.

“These two incidents have brought serious challenges to the island’s economy; and I would say that it is a good thing that the NRP led government started a stimulus package as soon as we came into government.  Because of this, we have been able to achieve a number of things and keep our country balanced and experiencing full employment,” concluded Premier Parry.