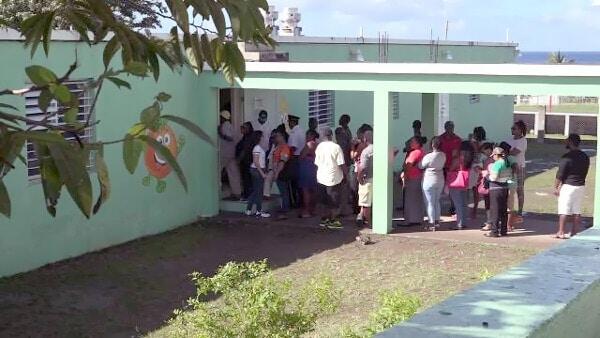 Voters In Nevis On Election Day

About 11,000 registered voters on Nevis are expected to go to the 34 polling stations across the island today, December 18, 2017, to cast their ballots for the Next Nevis Island Administration (NIA). The registered voters represent a 12 percent increase over that of the last elections five years ago.

The parties contesting the election are the incumbent Concerned Citizens Movement (CCM) with the hammer as its symbol and the Nevis Reformation Party (NRP) with the bottle as its symbol.

On Nomination Day, December 11, 2017, a number of candidates accepted their parties’ nominations to contest the elections in the five parishes.