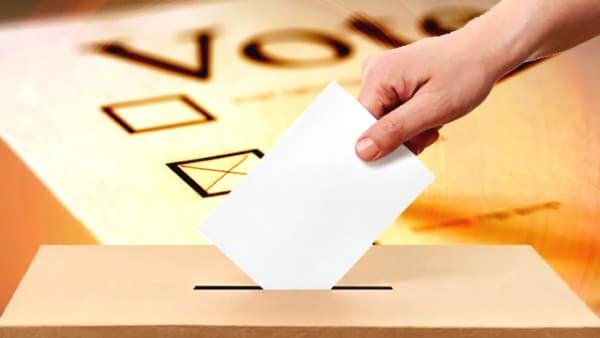 Fellow citizens and residents of Nevis.

I address you once again with critical information for the polls that will be conducted next Monday 18th December.

As you are aware, Nomination Day was Monday 11th, i.e. last Monday. As a result, the following candidates have accepted their party nomination to contest the elections:

The symbol of the CCM (Concerned Citizens Movement) is the hammer and that of NRP (Nevis Reformation Party) is the bottle.

The Voters List, as I indicated, is completed. More than 11,000 persons are registered, a 12 percent increase over that of 2013. Thirty-four sites have been identified at which you will vote.

In District 1, Charlestown, voting will take place at the Charlestown Primary School, the Methodist Conference Centre, Magistrate and High Courts.

The Charlestown Primary School has replaced the Shilo Baptist Church. Box No. 1 and Box no. 2 have been split, based on the large number of voters assigned. Thus, there is Polling Station 1A, 1B, 2A, 2B, 3 and 4. Splits are along alphabetic lines and the complete list is displayed within the area.

In District 2, St. Johns, the stations are at the Barracks in Bath, the Ivor Walters Primary School, the Special Education Unit, the Brown Pasture School Computer Lab, the Church of God at Cox and the Elizabeth Pemberton Primary School.

The stations that traditionally were at the Pentecostal Church next to Horsfords, will be located next door in the Education Building at Marion Heights. Except for the Cox box, all the other boxes are split up alphabetically.

Those of you who know Nevis, will realize that we have tried to have voting stations in clusters. Thus, if you miss your name at one site, you will not have far to go to find it.

Nevertheless, our offices on Chapel Street will be open on Saturday 16th between 10 a.m. and 12 noon to assist with enquiries concerning these and other matters. Also, instructions for voters will be available in the newspapers and posted about the communities. Please study them so you can vote properly come Election Day.

I also wish to advise that the Electoral Commission met today to review preparations for the upcoming [elections] and are satisfied with these preparations.

Finally, pray with us for a nice, sunny day on Monday 18th.

Thank you and may God continue to bless us all.