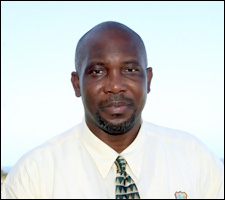 Energy and Utilities Minister in the Nevis Island Administration (NIA) Hon. Carlisle Powell described an article in a local newspaper which claimed that the US Export-Import Bank had dumped the Geothermal project on Nevis as malicious, deliberately wilful, politically motivated and misleading and said those allegations were refuted by the Bank.

The Minister addressed the matter when he spoke to the Department of Information late Friday from Puerto Rico where he was at the time attending a conference on matters related to geothermal development.

“This article is malicious deliberately wilful, politically motivated and misleading and is another attempt by the publisher Mr, Kenneth Williams to tarnish the reputation of Nevis Island Administration and the major strides it has made with regard to the development of our geothermal resource here on Nevis,” he said.

The Minister explained that the Export Import Bank of America had been advised of the article and they had since refuted all references made to the financial institution, citing that they had neither dumped nor disapproved of the application for financing of the geothermal project but in fact was still under consideration.

“Mr. John Schuster Vice President of Project Finance stated that the article was incorrect and had informed the paper via telephone and in writing and that they had contacted media parties on Nevis to refute the story. He said he was greatly upset by the matter and was hopeful that corrective measures they had taken would address the situation and set the record straight,” Mr. Powell said.

The misleading article came on the heels of a recent Parliamentary Sitting of the Nevis Island Assembly when Premier of Nevis Hon. Joseph Parry passed a resolution which would guarantee a US $63million dollar loan to geothermal developers West Indies Power.