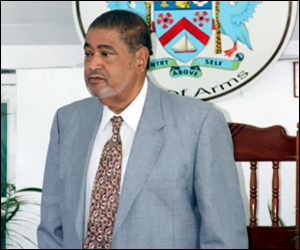 Wednesday, April 2, 2014 has been declared a public half-holiday in the island of Nevis from 12:00 pm, on the occasion of the Gulf Insurance Primary Schools Championship Sports Meet. The general public is notified that this is in accordance with a proclamation made by Deputy Governor General His Honour Mr. Eustace John, C.M.G.