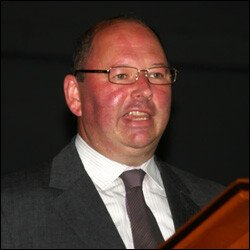 Head of the Commission of Inquiry which commenced on Nevis on Tuesday Mr. Thomas Sharpe QC, announced the terms of reference and the way forward for the public inquiry into the activities of the former Nevis Island Administration (NIA), whose term in office ended in July 2006. He said he was hopeful that there would be no dispute as to the areas expected to be investigated by the Commission.

At the first sitting of the Commission at the Cultural Centre in Charlestown, Mr. Sharp urged the public’s support and said with their assistance he had hoped to present the final report to Governor General Sir Cuthbert Sebastian by April 2010 as stipulated by his terms of reference.

He said too that there would be investigations into all the circumstances which surrounded the purchase of the Marion Heights Shopping Mall by the former Nevis Island Administration for use as government offices.

The second investigation would look into all the circumstances which surrounded the compulsory acquisition of 24 acres of land at Pinneys by the Administration from Pinneys Investment Company Limited and its subsequent sale or transfer to Pinneys Beach Resort Ltd.

The movement of US$300,000 held at Barclays Bank Nevis Branch to the account of Mr. Malcolm Anderson at the National Bank of Jamaica will also be investigated and the circumstances in which the action brought by the NIA against Mr. Anderson for the return of the US$300,000 was compromised.

The Commissioner also pointed to investigations that would look into all the circumstances which surrounded the selection of contractor and the financial arrangements which included the alleged payment of US1.9million to the contractor and or its subcontractors, for the construction of the Vance W. Amory International Airport and the resolution and or handling of disputes during and after the construction of the facility.

Mr. Sharpe further pointed to two other areas which he said were relevant to the Commission’s terms of reference that would also be investigated.

“To determine whether the above matters were conducted in accordance with all relevant law, ordinances, regulations and good administrative practices [and];

The Commissioner referred to the matters for investigation as important issues which appeared complex and explained that letters to potential witnesses would soon be sent out.

However, he hastened to add that anyone who gave evidence during the course of the investigations would not be tainted with impunity.

The next formal sitting of the Commission is slated for July.