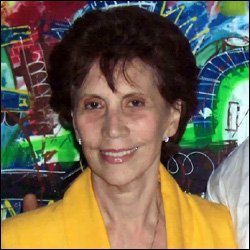 Nevisians will soon benefit from superior and cost effective medical care thanks to an agreement signed on March 20, 2009 between the Cuban Government and the St. Kitts – Nevis Government.

Minister of Health and Social Development on Nevis Hon. Hensley Daniel, made the announcement on Thursday when he spoke with the Department of Information. He said on his return from a one week visit sponsored visit to Cuba sponsored by the Government of Cuba. He said the move would provide a critical alternative in the provision of health care to Nevisians.

In accordance with the Agreement, Mr. Daniel explained that the Cuban Government would provide medical attention provided by qualified and experienced health professionals who relied on modern therapeutic rehabilitation and the diagnostic needs of the patients.

The chosen patient would also receive the appropriate accommodation, food and transportation to and from medical facilities in Cuba; comprehensive medical care during their stay and guarantee patients personal security while they were receiving medical attention in Cuba.

He said the Federation of St. Kitts and Nevis Ministry of health had to be contacted immediately in relation to any incontinences that could affect the smooth operation of the programme.

Mr. Daniel stated that once a case was assessed by the local medical professionals, the information would be relayed to their Cuban counterparts who would make the determination as to the treatment modalities and then the patients would be taken to Cuba.

He said the programme in Cuba offered an added option to the availability of health care in Nevis and the services and facilities which were highly recommended and also endorsed by personnel from the World Health Organisation would not be free.

“The patients will be required to pay. Of course one of the reasons for my pursuing this is that it is going to cost much, much, much less than the other destinations that we have had to send people,” he said.

The Minister noted that the Nevis Island Administration had spent close to $2million in 2008 to send persons abroad for medical attention.

“That is one of the reasons why as a Minister, one has to look at ways and means of reducing the cost to the public and that is what we have done so that persons will pay for the medical attention but we are certain that the medical attention is going to be significantly less and as good as any and better than many across the world,” he said.

Mr. Daniel further said they went to Cuba because that island had developed its medical services and believed that Nevis and St. Kitts should develop mutual arrangements with that island which would benefit all.

The Minister used the opportunity to thank Resident Cuban Ambassador to the Federation of St. Kitts and Nevis her Excellency Anna Maria Gonzales who he said facilitated the visit and ensured that they had a memorable stay in Cuba.