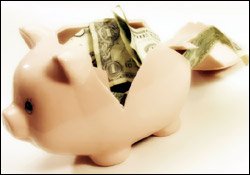 Nevis Island’s Budget To Be Frugal

The 2009 Budget has been described as conservative and one designed to keep the economy buoyant in the face of global financial challenges.

Permanent Secretary in the Ministry of Finance Mr. Laurie Lawrence told the Department of Information the $153,383,059 budget which was tabled in the Nevis Island Assembly on December 9, by Premier of Nevis and Minister of Finance Hon. Joseph Parry, reflected a near 50 percent reduction in Capital Expenditure as compared to the 2008 Budget.

Mr. Lawrence said the global financial crisis had affected Nevis in relation to the number of tourists who visited the island; a reduction in remittances and most importantly a reduction or suspension to a certain extent of foreign direct investment and therefore it was important to curtail expenditure next year.

He explained that personal emoluments and debt servicing formed a significant amount of most government’s expenditure, which allowed for little flexibility on the Current side of the Budget. He also referred to Nevis’ path of infrastructure led growth over the past few years which had resulted in the expansion of the island’s physical infrastructure. Nonetheless in the face of declining revenue it was prudent to tighten up spending.

“Next year we are we are going to have to be much more cautious in terms of our Capital Expenditure seeking to control the debt and basically ride out the storm in which we are going through,” he said because of the likelihood that more adjustments would be made on that side of the budget.

Notwithstanding, there were five ministries that were allowed to have minimal increases. Ms. Karen Hobson Budget Director in the Ministry of Finance said they were in keeping with the Nevis Island Administration’s agenda of people empowerment.