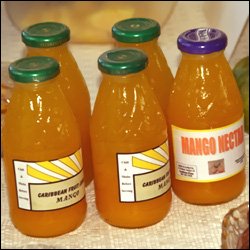 The Department of Agriculture on Nevis will continue its campaign to buy local when it stages its annual one day Fruit Festival on July 30. The event will commence from 10am-5pm at the Villa in Charlestown.

Communications Officer in the Department Mr. Eric Evelyn told the Department of Information on Tuesday, that since the implementation of the Festival five years ago, it had grown in popularity, raised the profile of locally produced fruits, increased fruit consumption and production, promoted healthy eating habits and had generated revenue.

He said participation had suffered in 2008 but the Department was hopeful that it would be restored this year.

“We have the gut feeling that participation this year will be up there again. I think last year what would have happened was the Fruit Festival was moved up a month so it came relatively quickly after the Agriculture Open Day.

“We have put it back to its original spot in late July when more fruits are available and we think that the public will come out this year in their numbers,” he said.

Mr. Evelyn explained that this year, for the first time, no imported alcoholic beverages would be allowed and it would be strictly local fruit based products.

He also pointed to the contests carded for the Festival.

With regard to the recipe booklet that had also grown in popularity, Mr. Evelyn said there would not be many on hand but would be available on a demand basis.

“Persons who come and want one will make the order can do so and we will have it produced at the Department,” he said.