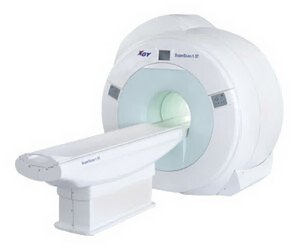 In a few week, patients in St. Kitts – Nevis needing an MRI scan will be able to do so without leaving the country. This was disclosed by Minister with responsibility for health, Honourable Wendy Phipps. The minister speaking on a recent edition of “Working For You” radio programme said this was made possible through an investment by the private sector.

“We are now in the negotiating phase with them in terms of getting the best prices for our people so that you no longer have to fly out to Antigua or St. Maarten to get an MRI,” Minister Phipps said.

This public private partnership is just one of two mentioned by the minister during the programme. The dialysis machine operated in St. Kitts and Nevis is a result of such a partnership with a company from the French West Indies, the minister added.

In commenting on the quality of health care at the JNF Hospital, the minister assured that all was being done to bring about improvements.

“It’s not perfect, but at the same time you hope that you deliver the kind of care that you, in your mind and your heart figure that the people of this country deserve,” Minister Phipps said. However, the minister was keen to point out that the Government cannot supply all the needs of citizens alone and that is why private- public partnerships are important. She explained that the tax base of St. Kitts and Nevis is smaller compared with much larger and developed countries. Additionally, St. Kitts and Nevis has abolished personal income tax making the tax intake of the Government less than in some other countries.

“And here is where we have a new model of development going forward that is already catching on even in first world countries where you approach development not just in terms of what government provides for you in terms of taxes but what you can achieve in terms of bringing services to people by public and private partnership,” Minister Phipps said.

Magnetic Resonance Imaging (MRI) is a test that uses a magnetic field and pulses of radio wave energy to make pictures of organs and structures inside the body. In many cases, MRI gives different information about structures in the body than can be seen with an X-ray, ultrasound, or computed tomography (CT) scan.