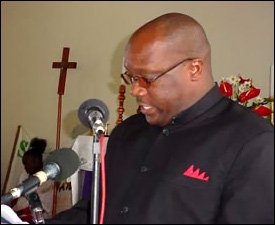 St. Kitts and Nevis Minister of Finance, Dr.  Hon. Timothy Harris says the Ministry is committed to producing quarterly financial reports to Cabinet to help monitor the performance of the local economy.

The Report, which includes technical support from the Eastern Caribbean Central Band (ECCB) and the Caribbean Regional Technical Assistance Centre (CARTAC), detailed a full overview of the economic and fiscal performance of the economy for the first quarter of 2009.

Minister Harris reported that the central government exhibited remarkable improvement for the first quarter of 2009 compared to 2008.

A healthy Current Account balance was registered, surpassing the projected balance and reversing the deficit for the corresponding period in 2008.

Dr. Harris highlighted that the Overall and Primary Balances for the first quarter reflected noted improvements. Compared to the corresponding period in 2008, both balances grew by 116 percent and 32 percent respectively.

Despite the impact of the global economic and financial crisis, the fiscal outturn was encouraging mainly due to reduced outlays on recurrent expenditure particularly on Interest Payments and Transfers. Savings on Capital Expenditure also contributed to the improved performance.