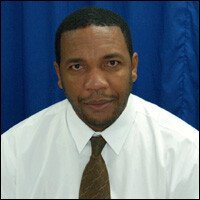 Minister of Sports Honourable Glen Phillip said he is eagerly anticipating the tour of the Queen’s Baton Relay around St. Kitts and Nevis.

The Baton arrives on Friday, March 19, as part of its tour of the 71 nations of the Commonwealth. The Relay is traditionally held as a precursor to the official opening of the Commonwealth Games which is being held in Delhi, India this year.

Minister Phillip will be among members of the sporting fraternity to welcome the Queen’s Baton. He told SKNIS that the visit of the Baton every four years is a significant occasion as it stands as a showcase for the positive attributes of sports such as unity, teamwork, fair play, discipline and promoting diversity and peace.

A brief ceremony will be held at the R. L. Bradshaw International Airport to commemorate the Baton’s arrival. The Baton will then make its way to Government House where the Queen’s representative His Excellency the Governor General will receive it. Local athletes will then jog with it to Government Headquarters. Jason Rogers, bronze medalist at the 2008 Youth Commonwealth Games, will pass the torch off to the Prime Minister Honourable Dr. Denzil Douglas who will make brief remarks before sending it on its way around the Federation.

The Baton, which has a built in camera, will visit a number of sites including the Brimstone Hill Fortress National Park, the Cenotaph, the Berkeley Memorial (The Circus), Port Zante, the public market and the monument park of the First National Hero the Late Right Excellent Sir Robert L. Bradshaw.

It will also travel to Nevis to chronicle the sights and sound of the island commonly known as the “Queen of the Caribbean.”

Minister Phillip expressed hopes that the display of the Queen’s Baton at Sunday’s TDC-Coca Cola Inter-High Schools Track and Field Championship will inspire the competing student athletes. The event will be held at the Silver Jubilee athletics stadium. The Baton will be mounted in the pavilion named after the 2002 Commonwealth Games 100 meter champion, Kim Collins ““ a local icon.

The Minister of Sports encouraged all citizens to line the street during the relay to actively support the runners during the tour of the twin-island Federation.

The Queen’s Baton Relay will move to the British Virgin Islands on March 22.