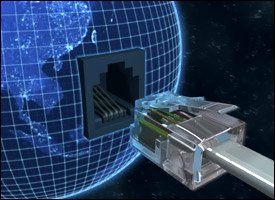 Minister Liburd Speaks Out On Infrastructure

Parliamentary Representative for Constituency # 8, Hon. Cedric Liburd has been touting the several achievements during his tenure as a Minister of Government.

Mr. Liburd listed the rebuilding of the Robert Llewellyn Bradshaw International Airport which has contributed greatly to the tourism sector, the dismantling of the Cable & Wireless monopoly in telecommunications and the tremendous expansion of that sector and implementation of the island-wide Water Improvement Project.

“Cell phone users have increased from a mere 300 in 1995 to over 30,000 in 2009. The resurfacing of the island main road from Newton Ground via Dieppe Bay to Cayon has spurred economic activity on that side of the island with the construction of the Beaumont Park Race Track, the expansion of Rawlins Plantation and Ottley’s Plantation, the relocation of Windsor Medical University, the proposed Kittitian Hill Development and golf course and the soon to be constructed Dixon-Byrd Medical School,” said Liburd at Friday night’s Super Rally at the Warner Park Cricket Stadium.

Passenger movements at the Robert L. Bradshaw International Airport increased nearly 19 percent in 2008 compared to the previous year. The St. Christopher Air and Sea Ports Authority (SCASPA) indicate that the airport handled a total of 299,706 movements in 2008, an increase of 25,773 passenger movements compared to 273,933 in 2007.

“These reservoirs and the laying of pipes have resulted in the significant expansion of villages and towns, establishment of new residences and roads and development of the infrastructure throughout the country,” said Minister Liburd, who lauded the construction of homes to empower the ordinary citizens of St. Kitts and Nevis.

“During the period 1980 to 1995, the former government only constructed 250 houses. We, the St. Kitts-Nevis Labour Part Government, in comparison has built  over 2,500 affordable homes, which….by any measure…..have improved one hundred fold, the lives of the 10,000 citizens on St. Kitts,” said Minister Liburd.

He said that in an effort to diversify the agricultural sector to achieve food security, his ministry has distributed over 5,000 acres of land to farmers to increase food crop and livestock production.