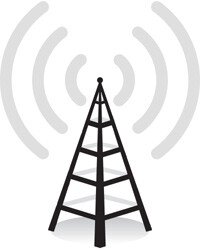 Immediately after taking office a People’s Action Movement Government will ensure that proper broadcast legislation are implemented thus ensuring that the culture of no access to the opposition is immediately ended. This is the firm commitment made by Leader of PAM, Lindsay Grant who said that despite numerous and continuous efforts they continued to be denied access to the state radio and television stations.

He further said that the situation is even more alarming as attempts in the past and more recently to have Christmas and New Year’s speeches broadcasted by the party leader and more so PAM’s lone parliamentarian have also been met with refusal. Grant went on to note that there have been several instances in which ZIZ continues to deny them airtime pointing out that advertisements from the party, messages for meetings, Public Relations releases and most even messages from the party’s lone parliamentarian, Hon Shawn Richards. He further stressed that denying the party access to airtime is unprofessional, unethical and unlawful declaring that ZIZ is owned by tax paying public which also includes PAM supporters.

Grant said that there is an urgent need for the setting up of a broadcast legislation and a broadcasting authority noting that it will serve to ensure that every individual and party have a vote. Grant stressed that politics influence every sphere of our lives to the extent of empowerment, exclusion, discrimination and marginalization.  He stressed that under the reigns of the Dr Denzil Douglas administration they have maintained a stranglehold on decision-making, even if it requires violating the rule of law and conventions.

Grant said that despite public and private condemnation as to regards of how government continues to deny the opposition party access to ZIZ Radio and television, “some people are of the firm view that we are too tolerant and that is why we have this abuse of the airwaves by Dr Douglas and Labour. As a mater of fact, they have been saying like us that it needs to be strongly regulated,” Grant said.

Grant noted that the refusal of the Government to grant access to the opposition n is a clear case of attempting to deny the public fair and uninterrupted access to information so as to afford them an opportunity to make informed decisions. “They (Labour Party) talk about fair access to the state media but we see the continuous and appalling abuse that is being committed by the government in their desperate attempt at remaining in office,” he charged.

The PAM leader noted that once an individual is seen as being hostile to the government they are immediately denied access, this is certainly against the law of any land. “The Government is so clouded with their abuse of the state Radio and Television stations that that everything must be political for their personal advantage rather than recognizing that ZIZ have a responsibility to play in ensuring effective and fair dissemination of information to the public,” he declared.

Grant declared that an examination within the region points ton the hash reality that St Kitts and Nevis remains the “only major country in the Caribbean without modern broadcasting law instituting a politically independent broadcasting authority to administer and regulate broadcast licenses, while also ensuring that there is fair access to the state radio and television stations.”

The PAM leader stressed the urgent and immediate need for the government to ensure the administering of equal and fair access to the state media through the establishment of “an independent and autonomous authority empowered by the relevant legislation to issue public, commercial and community radio and television licenses, enforce regulations, monitor compliance and increase public awareness, among other functions.”

He added that what the people of St Kitts and Nevis are witnessing a disservice by Government declaring that if continued unchecked will result in further dictatorial approach by the government which he said is unlawful and unethical.