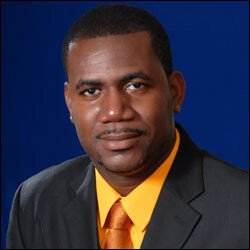 The People’s Action Movement Deputy Political Leader was served the official Notice of Discontinuance at around 1:30pm yesterday March 22nd.  The Notice was served six weeks after the service of the election petition. Supervisor of Elections Leroy Benjamin and Presiding Officer for that constituency Dr. Hermia Morton-Anthony was also served with the court document, dated March 17, 2010:  .

The three-page document reads, “Take notice that the Petitioner, Dr. Norgen Wilson, hereby discontinues this Petition against the Respondents”.

Wilson called for the election of Richards to be made null and void based on the allegation that MP Richards was a dual citizen at the time of his nomination on January 15.

Local online media outlet Sknvibes.com reported, “Efforts to reach Wilson were futile and attempts were made to contact Jason Hamilton of Hamilton and Company, the attorney representing Wilson in this matter, but were unsuccessful as he was in Court”.

“From the very beginning, I’ve said that the young man from Sandy Point [Wilson] was wasting his time, was wasting my time, was wasting the Court’s time and the public’s time. It would appear as though he has finally come to his senses and so when I saw the Discontinuance Notice just now, my first reaction was simply to laugh,” Richards told SKNVibes in an interview .

MP Richards has indicated that he will be seeking costs for his legal team whom he had already consulted for his defence in this matter.

This is one of 2 petitions filed by the Labour Party against People’s Action Movement candidates following the January 25th Elections. Peoples Action Movement MP Eugene Hamilton was also served with a petition to void his nomination and election based on alleged dual citizenship status.

“My expectations are that my defeated opponent Cedric Liburd and the Labour Party will likely follow the lead of  Dr. Wilson and withdraw the petition brought against me. As just like my colleague the Hon. Shawn Richards I have no citizenship for any other country and as I have expressed before, this petition is very frivolous and vexatious. Mr. Liburd has no case,” said Constituency #8 representative MP Eugene Hamilton.