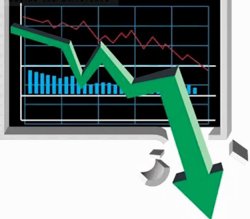 “Scaring potential investors from our shores…”

People’s Action Movement (PAM) Parliamentarian the Hon. Shawn K. Richards has expressed concerned with that a number of investors have expressed fear at investing in St. Kitts and Nevis, saying it is as a result of poor leadership, failure of the government to demonstrate accountability and proper management.

This, Richards said, is coupled with the fact that the escalating crime rate and the increasing poverty level has fueled investors fear to invest witin our Twin island federation. The Opposition PAM Deputy Leader  said that the actions of the Federation’s Prime Minister Dr. Denzil Douglas continues to result in significant challenges and difficulties for all, noting that the recent blow of several potential investors turning their backs on the Federation should be seen as further indication that a CHANGE of administration is critical for the future development of the country.

“This latest action depicts the kind of administration that we are governed by, and it is very important that the people of this Federation rescues itself from the jaws of Dr. Douglas and his team who continue to bring failure and despair to us the people, rather than achievements,” Richards said.

He said that the continued immature and high-handed acts of the Prime Minister, along with his inability to ensure safety and security of all, are the primary deterrent to investments in St. Kitts and Nevis.

Commenting on the Minister of Tourism’s recent claims that a number of visitors are expected to visit the Federation, Richards described them as a desperate attempt to create an impression that everything is okay when in fact the Federation is experiencing grave difficulties and challenges, which, if go unchecked, would result in further job losses that would fuel the social ills plaguing the country.

He said that claims being made by the Federation Tourism Minister are “absolute nonsense”, stating that every time figures are released and checks made they are found to be far fewer than what was reported. “The Minster of Tourism continues to give false figures and information to the people, as he and all of us know that we are taking a significant beating both in tourism and investment,” Richards said.

Richards stressed that there should be more investors entering St. Kitts and Nevis, noting that this is due to several issues and among them are the current crime situation and general absence of the rule of law which is scaring any real form of investment.

The PAM MP said that crime is also a significant player in destroying and corrupting key institutions that are critically important for the growth and development of our country. Prominent among them is our legal institutions.

He said that investment in St. Kitts and Nevis continues to be retarded because of the lack of strong laws and the enforcement of them, adding that with the Prime Minister’s utter disrespect for the courts and his continued acts of inciting violence and boasting about it would continue to serve as main grounds for investors shying away from investing their monies here.

“The Prime Minister, who is also Minister of National Security, helps the situation more by boasting daily about his ability to incite and that he is ten men in one, and his utter disrespect and refusal to adhere to the courts serve as the driving force in further scaring potential investors from our shores,” Richards said.