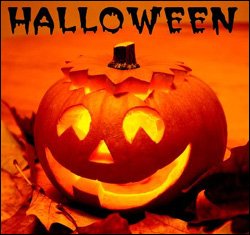 A Brief History of Halloween

Halloween (also written Hallowe’en, literally “holy evening”), also known as All Hallows’ Eve or All Saints’ Eve, is an annual holiday celebrated on October 31. It has roots in the Celtic festival of Samhain and gets its name from being the evening (e’en) before the Western Christian holy day of All Saints (the Eastern Orthodox celebrate All Saints’ Day in June). It is largely a secular celebration but some have expressed strong feelings about perceived religious overtones.

The colours black and orange have become associated with the celebrations, perhaps because of the darkness of night and the colour of fire or of pumpkins, and maybe because of the vivid contrast this presents for merchandising. Another association is with the jack-o’-lantern. Halloween activities include trick-or-treating, wearing costumes and attending costume parties, ghost tours, bonfires, visiting haunted attractions, pranks, telling scary stories, and watching horror films.

Historian Nicholas Rogers, exploring the origins of Halloween, notes that while “some folklorists have detected its origins in the Roman feast of Pomona, the goddess of fruits and seeds, or in the festival of the dead called Parentalia, [it is] more typically linked to the Celtic festival of Samhain or Samuin (pronounced sow-an or sow-in)”.The name is derived from Old Irish and means roughly “summer’s end”. A similar festival was held by the ancient Britons and is known as Calan Gaeaf (pronounced kalan-geyf).

Snap-Apple Night by Daniel Maclise showing a Halloween party in Blarney, Ireland, in 1832. The young children on the right bob for apples. A couple in the center play a variant, which involves retrieving an apple hanging from a string. The couples at left play divination games.The festival of Samhain celebrates the end of the “lighter half” of the year and beginning of the “darker half”, and is sometimes regarded as the “Celtic New Year”.

The celebration has some elements of a festival of the dead. The ancient Celts believed that the border between this world and the Otherworld became thin on Samhain, allowing spirits (both harmless and harmful) to pass through. The family’s ancestors were honoured and invited home whilst harmful spirits were warded off. It is believed that the need to ward off harmful spirits led to the wearing of costumes and masks. Their purpose was to disguise oneself as a harmful spirit and thus avoid harm. In Scotland the spirits were impersonated by young men dressed in white with masked, veiled or blackened faces. Samhain was also a time to take stock of food supplies and slaughter livestock for winter stores. Bonfires played a large part in the festivities. All other fires were doused and each home lit their hearth from the bonfire. The bones of slaughtered livestock were cast into its flames. Sometimes two bonfires would be built side-by-side, and people and their livestock would walk between them as a cleansing ritual.