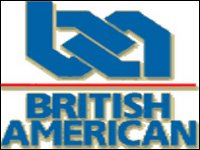 Policy Holders Still In The Dark About Their Investments

More calls for the General Manager of the local British American Insurance Company Limited, Mr. Eugene Hamilton to provide truthful information to thousands of policy holders on the state of their investment.

Since the problems of British American surfaced earlier this year, several policy holders in St. Kitts and Nevis have collapsed and died or suffered strokes and thousands more still in the dark and waiting for answers as to the worth of their investments.

“While Hamilton, the Deputy Political Leader of the People’s Action movement (PAM) has been calling in on several talk shows dealing with political issues, he is deaf and dumb when it comes to the predicament of the policy holders under his alleged mismanagement,” said several concerned policy holders including pensioners, teachers, police officers and representatives of establishments that have investments with British American.

Many claimed that telephone either went unanswered or were told on several occasions that Mr. Hamilton was either not in office, engaged or of island.

“While house to house campaigning, a woman who claims she has been calling Mr. Eugene Hamilton to ask about her EC$300.000 investment in British American, is not getting any answer from Gene Hamilton. No answer from Gene Hamilton. He is not answering his cell, his office or home phone. But he is walking in the streets telling some people to ask the government for their money. This Government has not collected any monies from British American. He was the one who collected the money for British American. He was the one who was getting the commission when he collected the money (premium),” Minister of Public Works, Utilities, Transport and Posts, Dr. the Hon. Earl Asim Martin said.

Minister Martin called on Mr. Hamilton to break his silence also on allegations that several prominent members and officials of the People’s Action Movement cashed in their policies months and weeks prior to the collapse of British American.

He said the collapse of British American raises the issues of management and accountability in electing a parliamentary representative for St. Christopher 8 Mr. Hamilton is seeking to represent in the National Assembly.