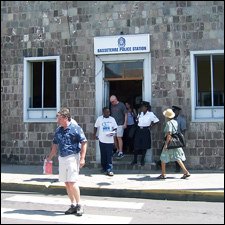 St. Kitts and Nevis Prime Minister on. Dr. Denzil L. Douglas has ordered a full investigation into Saturday’s sexual assault on two women, one the wife of a candidate for an opposition party.

Assistant Commissioner of the Royal St. Christopher and Nevis Police Force, Mr. Joseph Liburd said Prime Minister Douglas who was informed on Saturday of both incidents in his capacity as Minister of National Security and immediately instructed detectives to have these matters fully investigated and bring the perpetrators to justice.

The senior police official said both incidents are unrelated with one occurring in Basseterre, the capital and the other in the town of Sandy pint, 10 miles away.