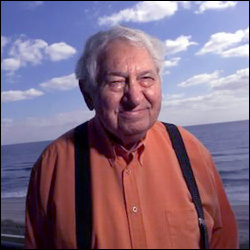 Founder of the St. Kitts-based International University of Nursing and the University of Medicine and Health Sciences, Dr. Robert  Ross, (New York City/Palm Beach) has died.

Dr. Ross passed away March 19th after a long and courageous battle with cancer.

A statement from the Dean Robert Wagner, said that at the age of 92, Dr. Ross has achieved more than most people can dream of.  He is survived by his devoted wife of 40 years, Anne, and children: Nancy Ross, Carol Walker, Bryan Ross, Warren Ross, and Anne’s children, Marlene Hummel, Janis Adler; 13 grandchildren and 6 great grandchildren.

Dr. Robert Ross is best known as a pioneer in medical education”” as he founded and led Ross University, one of the largest and most successful Caribbean medical and veterinary schools from 1979 to 2000. His reputation for developing academic institutions and dedication to excellence is known worldwide. Thousands of his graduates are now licensed and practicing throughout the United States.

As an academic leader in the field of medical education, his life had been dedicated to the success of his students.  No matter what the challenge, he never backed down from a fight.  In the early years he had to fight many a battle to protect the rights of his students, to uphold the reputation of the university, and to ensure graduates would qualify for licensure and residencies. The battles were long and hard fought, but ultimately he succeeded and paved the way for many other schools to follow in his footsteps.  His leadership and dedication to quality as well as his instance on excellence was an inspiration to all who knew him, and were the corner stone’s of his life.  His dream had always been to provide a quality medical and nursing education to qualified students that deserve a chance.

After selling his schools in 2000, Dr. Ross followed his passion to address the shortage of health care professionals in the United States and Canada by founding the International University of Nursing (IUON). IUON is a modern, state of the art institution affiliated with several premier nursing schools in the United States and Canada. The school’s focus is on delivering highly trained and skilled nurses to the U.S. and Canadian health care systems.

With the success of IUON, Dr. Ross returned to addressing the growing need for qualified physicians in the United States and Canada. Over the next 10 years the shortage of physicians is expected to exceed 90,000. Despite this shortage thousands of highly qualified applicants continue to be turned away from U.S. medical schools each year due to capacity issues.

Dr. Ross believed that these students deserve an opportunity to pursue a quality medical education. As a result, Dr. Ross dedicated his experience and resources to developing a premier medical school “” the University of Medicine and Health Sciences (UMHS) in St. Kitts. UMHS was founded in 2007 and seated its inaugural class in May 2008. UMHS utilizes the most innovative teaching technologies available in medical education to provide personalized, specialized training to its students.  He invested over 50 million dollars developing one of the most state of the art medical schools in the Caribbean.

Dr. Ross was a life-long entrepreneur from the time he was a youngster born and raised in Detroit, Michigan.  He was a self made man that started his career early on building one of the largest newspaper routes in Detroit at the age of 15.  He went on to develop many successful domestic and international businesses in the field of electronics, pharmaceuticals, and petro chemicals.  Most recently he developed a homeopathic medication to deter snoring, which is a product marketed in the United States under  the name YSNORE.

He had been the recipient of many awards and honors including an honorary doctorate in humane letters from the Southern School of Optometry in Memphis, Tennessee.  Ross had been philanthropic during his career, especially in the area of academic scholarships, and in later years with medical centers like: MD Anderson, and Memorial Sloan-Kettering.

In addition to his many contributions to humanity, Dr. Ross also proudly served his country in World War II, assigned to the 69th Infantry Division.