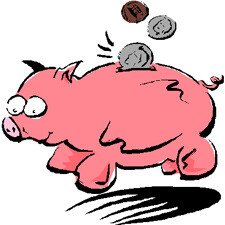 Buried at the end of a WINN-FM article, independent economic analyst Schniedman Warner reveals that Denzil Douglas is secretly planning to raise your taxes. He also says that “groundwork for the implementation” of a new tax, called VAT, is already in place.

Many international economic experts suggest that raising taxes on people who can’t afford it in the midst of an economic crisis is exactly the wrong approach. With the cost of basic necessities like food, clothing, housing, energy and transport steadily increasing while wages remain flat, too many Kittitians and Nevisians are struggling to get by and can’t afford another burden.

“Denzil Douglas and Timothy Harris are trying to pull the wool over your eyes. They’re off giving you things now, knowing that in a few months, they’re going to take it all away and then some!” said PAM Candidate for Change Ronald “Louie” Williams who is challenging Harris in Constituency #7.

Lindsay Grant pledged to hold the line on taxes when his party takes the reigns of Government.

“Working and middle class Kittitians are feeling the squeeze. The high cost of basic goods like food, clothing, energy and shelter combined with stagnant wages and no jobs means that too many of our families are hurting. The last thing we need to do is to force our struggling families to pay more in taxes. I can unequivocally pledge that unlike Labour, PAM will not force poor, working and middle class Kittitians and Nevisians pay more in taxes,” promised Grant.