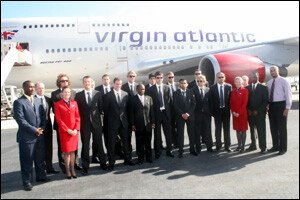 Senator Ricky Skerritt said, “We are very pleased about the prospect of increased tourism from the UK and honored that the English cricket team will begin their tour preparations in St. Kitts.  We will extend them our warm Caribbean hospitality and do everything possible to ensure that they enjoy their time on island to the fullest.”

Continuing momentum from both the arrival of British Airways’ inaugural flight from Gatwick, London on January 10, 2009 and St. Kitts’ hosting of key  ICC Cricket World Cup matches in 2007, the England cricket team will play two three-day warm up matches in St. Kitts, as follows:

The team from England will then depart St. Kitts on February 1 for Jamaica, where they will have their first Test match against the West Indies on Wednesday, February 4, 2009.

For North American cricket fans who want to go see the matches in person, St. Kitts & Nevis is served non-stop daily from Miami by American Airlines.  It is also served non-stop by American Airlines from New York’s JFK International Airport, by Delta Air Lines from Atlanta and by US Airways from Charlotte.  Additionally, travelers can connect via San Juan on American Eagle.  Regional air carriers include Windward Island Airways (WinAir) and LIAT with connections over St. Maarten, Antigua and San Juan, Puerto Rico.