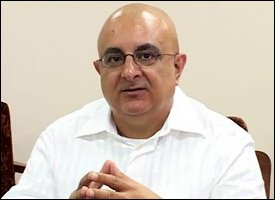 Persons seeking membership to Caribbean parliaments or to be appointed prime ministers of Caribbean nations cannot subject themselves to the oath of allegiance of a foreign country, prominent regional constitutional lawyer, Antony Astaphan said here.

Two years ago two senior officials of the opposition People’s Action Movement (PAM), political leader Mr. Lindsay Grant and Parliamentarian, Hon. Shawn K. Richards, confirmed they are naturalized citizens of the United States and on the eve of general elections claimed to have renounced their American citizenship.

“Just imagine if America goes to war and Shawn Richards and Lindsay Grant get drafted and have to go to Afghanistan or Iraq or to some other area of conflict,” said Astaphan.

The Dominica-born senior counsel, whose father was born in St. Kitts, pointed out that United States citizens pay taxes on their income regardless of where they live. Can you imagine a sitting Minister of Government in the Caribbean being prosecuted for tax evasion in the United States because he is an American citizen,” said Astaphan, who represent several Caribbean prime ministers and their governments as well as leaders of the opposition in Caribbean courts as well as the Privy Council in London.

He said the Parliament of any country will well be in its right to require full disclosure to the Nominating Officer on Nomination Day and potential candidates must be obliged to produce evidence.

“The process takes time. It has to be done at a U.S. Embassy. It has to go to the Department of State and even to the Department of Homeland Security and maybe the Internal Revenue Service and there has to be nothing untoward in your record as an American citizen that would require the United States Government to refuse to accept one’s renunciation, because you may owe taxes or there may be something on the record that requires clearance or clarity before the final decision is made by the relevant authority in the United States,” said attorney Astaphan.

“Look at what is happening in Jamaica. Jamaica is on the verge of another snap general election, because the parties are challenging each other on the issue of dual citizenship and it has destabilised the entire government and opposition.

“It is a good thing in St. Kitts that we must know beforehand. Even if they can produce the document on Nomination Day, I don’t think they can be prevented from running, but the people of the Federation will be told by the St. Kitts-Nevis Labour Party that any vote cast for someone having dual citizenship in the Federation is a completely wasted vote and will not count. It will make no sense to vote for Shawn Richards or Lindsay Grant if in fact they have dual citizenship and if in fact their “˜certificate of renunciation’ is not a true and proper one from the relevant authorities from the United States. If by chance they win, an election petition could be filed within the 21 day period and could lead to their election set aside,” said Astaphan.

The issue of dual citizenship became a public issue in 2006 when the Democrat ““ the official mouthpiece of the People’s Action Movement published false information that Prime Minister Hon. Dr. Denzil L. Douglas was a citizen of the United States.

With rumours swirling, the political Leader of the PAM, Mr. Lindsay Grant admitted publicly in 2007 that his lone Parliamentarian, Hon. Shawn K. Richards was a naturalized United States citizen. Weeks later he himself admitted that he too was a naturalized U.S. citizen.

Mr. Grant said that Richards would resign his membership in the National Assembly and repay the treasury all the monies he was paid as a parliamentarian. He is yet to do so.

Last year the Labour Party Central Basseterre Parliamentary Representative, Hon. Dwyer Astaphan was challenged on his Canadian Citizenship in court, but a judge dismissed the suit citing it should have been filed within 21 days of the October 24 2004 General Election. An Appeal Court upheld the ruling.