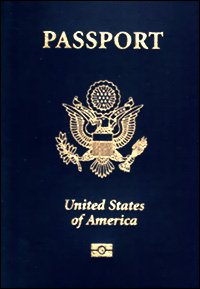 Duel Citizenship A Bone Of Contention

After several public statements and press conferences by the Political Leader of the People’s Action Movement (PAM), Mr. Lindsay Grant and the Hon. Shawn Richards that they have put to rest the issue of their dual nationality by renouncing their American citizenship, their action last Thursday raises questions whether they have in fact officially done so.

It also raises questions whether they are in possession of their renunciation certificates and whether the one shown to the local media by Mr. Grant at a press conference early August was authentic.

Nationals are also asking if Messrs Grant and Richards have their renunciation certificates why not just present it on Nomination Day or is another tactic in further stalling the general elections due five years to the day next October 25th with more law suits in the High Court.

The new 1983 Constitution of St. Kitts and Nevis was enacted by the PAM Administration under the Kennedy Simmonds Administration.

At a press conference on July 2nd 2009, at the Ocean Terrace Inn, both Mr. Grant and Mr. Richards announced that they had journeyed to the nearest United States Embassy in Bridgetown, Barbados and formally renounced their United States citizenship.

But nationals at home and abroad would not let the issue rest prompting another press conference on August 6th at which Mr. Grant held up a certificate purporting it to be his renunciation certificate less than six weeks after renuniciation.

The authenticity of the document shown to the media and Mr. Grant’s credibility continued to be the subject of intense public discussion and at one of his monthly press conferences, Prime Minister Hon. Dr. Denzil L. Douglas, pointed out that the certificate shown to the media by Mr. Grant lacked the official stamp of the United States Embassy in the top right hand corner of the document prompting fresh speculation that the country was hoodwinked.

Early July, in an effort to ensure that persons holding dual nationality do not breach the constitution prior to being elected, the St. Kitts and Nevis National Assembly after intense debate passed an amendment to the National Assembly Elections Act, for candidates seeking membership to the parliament disclose any dual citizenship or provide evidence of renunciation.

Now two months after the law has been passed and assented to by the Governor General, the PAM leader has mounted a legal challenge to a recent amendment.

The opposition party is contending that the amendment to require proof of renunciation is unconstitutional and has filed papers in court challenging the new law.

Prominent Caribbean attorney, Mr. Anthony Astaphan recently said that it was imperative that candidates seeking membership to the parliament disclose dual citizenship or provide evidence of renunciation to avoid unnecessary court battles after an election.

The Dominica-born attorney said providing the evidence would bring stability to the formation of a government following a general election.

“A challenge to the law should not have a snowball chance in hell. The Constitution of St. Kitts and Nevis places the power in the Parliament to make laws to regulate elections. Every single law passed in the country from the days of the People’s Action Movement and the St. Kitts-Nevis Labour Party has been laws passed by the government. The Nomination Forms are passed by Parliament. The qualifications for Parliament are passed by Parliament. The Parliament has the authority to pass laws disqualifying people and Parliament has the authority to make nominations forms that require people to disclose whether they have dual citizenship or not and if they have renounced what that renunciation is and when it was delivered. Otherwise it makes a mockery of the whole thing,” said senior counsel Astaphan.

“Any law that requires people to disclose their hand in terms of dual citizenship and whether they have revoked it and if yes, what of the document is an entirely proper and constitutional law,” said Astaphan.

“Do they want us to wait until after a general election to go and find out? Tell us now. Tell us absolutely now what you’re true position is in relation to your oath of allegiance to a foreign state. We need to know when you renounced, how you renounced and what was the authority that accepted your renunciation, otherwise it becomes a serious political issue in that constituency. The people have the right to know whether I am voting for somebody who can stay in the House and represent me or whether I am throwing away my vote by voting for a man who is an American, British or Canadian citizenship,” said Astaphan.

“We must not allow the political process, the Parliamentary process or the electability of our people to be polluted by dual citizenship. We must have one oath of allegiance only and that is to the Parliament, the Governor General and the People of this country,” said Astaphan, who reiterated that his position is universal which he shares in every single island that he goes to.

“It is not tailored by politics. It is the constitutional reality of the government that we want,” he said.