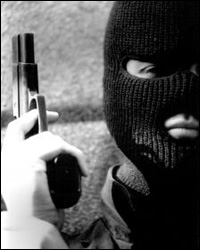 A week after a tour bus robbery prompted Carnival Cruise Lines and Princess Cruises to bypass two mid-week scheduled port calls at St. Kitts’ Port Zante, executives from both lines have announced the reinstatement of their original schedules.

“I am happy to advise that Princess Cruises will resume its schedule of calls effective with the next calls of the Grand Princess and Emerald Princess on December 1st We appreciate everything St. Kitts has done to mitigate this most unfortunate and unusual situation.” Steve Nielsen, V.P. Caribbean and Atlantic Shore Operations, Princess Cruises is quoted by the St. Kitts Tourism Authority Monday.

“Based on our confidence in the ability of St. Kitts to provide a safe and secure environment for our cruise guests as well as crew members visiting the island, I am pleased to advise that Carnival Cruise Lines is returning to St. Kitts effective Friday, November 26th with the call of the Carnival Victory,” said Gordon Buck, Vice President of Caribbean Relations for Carnival Cruise Lines.

Federal Minister of Tourism, Sen. the Hon. Richard “Ricky” Skerritt has confirmed that all cruise lines currently calling at St. Kitts have reconfirmed their intention to maintain their schedules based on the swift implementation of additional security measures in the tourist areas.

“The fact that this was an isolated event, combined with the swift arrest and the November 18th charging of the five robbery suspects, also made the reinstatement of cruise schedules more likely.

“Our local security forces deserve commendation on their rapid response in apprehending the perpetrators of this unprecedented crime. Increased police presence was already in place by the time the Celebrity Summit made its scheduled port call the very next day after the incident.” said Skerritt, who is also Minister of International Transport.

He added: “Throughout my close and ongoing contact with key decision-makers and other international tourism partners in the aftermath of this unprecedented event, I was gratified by the support expressed for our destination and the confidence of all stakeholders in our future,” he concluded.

There was clear evidence that cruise shipping is back to normal in St. Kitts when visitors from P&O’s 3,500 passenger ship, Azura, connected with the island’s rich culture and heritage when they enjoyed the usual varied onshore tour activities on Sunday.