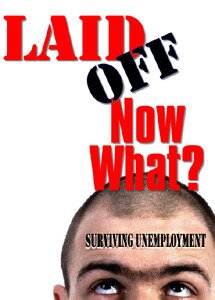 Close to 100 workers that wer laid off earlier this month at the St. Kitts Marriott Resort will meet with Deputy Prime Minister and Minister of Labour, the Hon. Sam Condor on Thursday.

The meeting will be held at the NEMA Conference Room, Lime Kiln at 10:00 A.M.

The Labour Minister, who will be accompanied by Labour Commisioner, Mr. Spencer Amory; Deputy Labour Commisioner, Jennifer Archibald and Ms. Eudora Nisbett, will bring the former Marriott associates up to date on discussions held with the Marriott Management since his statement in the National Assembly last week Thursday.

The meeting with the business leaders discussed ways and means in which, the Government can partner with them to consider and implement initiatives aimed at alleviating the financial loss of workers who have been affected through redundancy, occasioned by the unprecedented international economic and financial climate.

In the United States, the national unemployment rate soared to 8.5 percent with over 5.1 million persons losing their jobs since the recession began.

There were more layoffs announced in the United States this week. Textron Inc. said it will expand layoffs, eliminating 8,300 jobs, or 20 percent, of its global work force. The maker of Cessna planes, Bell helicopters and turf-maintenance equipment earlier this year said it would reduce its work force by 6,200 jobs, or 15 percent, mostly at Wichita, Kansas-based Cessna.

General Motors Corp. laid out a massive restructuring plan that includes cutting 21,000 U.S. factory jobs by next year. Clear Channel Communications Inc., the largest owner of U.S. radio stations, said it’s cutting 590 jobs in its second round of mass layoffs this year. And bearings and specialty steels maker Timken Co. indicated it will cut about 4,000 more jobs by the end of this year after earlier suggesting about 3,000 jobs already had been targeted.