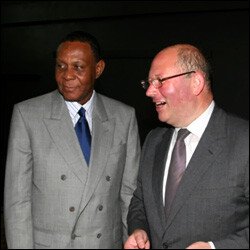 Head of a Commission of Inquiry on Nevis Mr. Thomas Sharpe QC, promised the people he would conduct the investigation into the affairs of the former Nevis Island Administration (NIA) faithfully, fully and with impartiality.

He gave the undertaking on Thursday at the first formal sitting of the Commission as he disclosed the matters he was authorised to investigate. The occasion also provided an opportunity for the media to field relevant questions.

“I am not engaged in a witch hunt and I approach this task with no prejudgement or any prejudice toward anyone. I am only prejudiced in one way and that is my strong desire to assist Nevis and its people in any way I can,” he said.

Mr. Sharpe, who is no stranger to the island, had been engaged in an environmental litigation, done without compensation, against a major hotel on the island several years ago. The outcome of the matter set a precedent in the Caribbean Court of Appeal.

In response to a question from the floor with regard to the cost of the inquiry, while he said he was not aware of the total cost or budget set aside for the 10 month inquiry, Mr. Sharpe dispelled rumour that it would cost in the region of $9million.

“Somebody told me yesterday (Wednesday) a figure of EC$9 million had been floating around. I have to tell you that figure to my mind, serves no relationship to reality. I don’t want to get involved in the party political debates here (Nevis).

“Sir Richard and me, we are working for a fraction of the fees we normally command in our home jurisdictions. We are doing that not because I want you to think we are wonderful people but I want to indicate to you that I think that the total cost of the inquiry will be a fraction of the 9 million figure,” he said.

The investigation is to be completed and a report presented to the Governor General Sir Cuthbert Sebastian by April, 2010.

The Commissioner described the timeframe for execution, conclusion, recommendations and a report as a demanding time table, since commissions of inquiry took years to complete.

“My view is, inquiries take years and “¦ people forget why they were started and also genuinely, I am very conscious of the cost of the inquiry so if you have a system that goes on for years upon years, I am not doing Nevis any service at all.

“It was me who stipulated 10 months because I want everybody, our team and everybody else concerned to get use to the notion. We are all going to work hard and to that time table. Plus a lot is going to depend on the people of Nevis, unless I get voluntary help and support of the citizenry then it’s going to be extremely difficult to do it in that time frame,” he said.

Mr. Sharpe said though he did not wish to  create any false expectations, he would aim to have the final report presented ahead of the allotted time table once everything went smoothly.