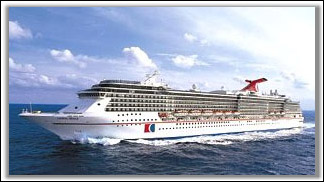 BASSETERRE, ST. KITTS, SEPTEMBER 27TH 2006 (CUOPM)
Saint Kitts is on the itinerary when Carnival Cruise Line’s super ship, the 2,124-passenger “Carnival Miracle,”  is repositioned to the Southern Caribbean in late 2007.

Carnival Cruise Lines will switch the homeport deployments of its 2,124-passenger SuperLiners “Carnival Legend” and “Carnival Miracle” beginning in Spring 2007.

Carnival Legend, which currently sails from  New York and Fort Lauderdale, Florida,  will be deployed to Tampa to operate year-round seven-day western Caribbean voyages departing Sundays from that port beginning April 15, 2007 and has included St. Kitts on its itinerary.

Currently based in Tampa, Carnival Miracle will be relocated to New York and Fort Lauderdale, Florida, to operate eight-day Caribbean cruises from those ports beginning April 25, 2007.