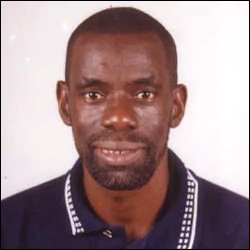 The Kittitian President of the St. Kitts and Nevis Olympic Committee, Mr. Alphonso Bridgewater, is among five dignitaries from Uruguay, Ecuador, Mexico and Paraguay checking out Toronto’s potential as a host city for the 2015 PanAm Games.

The two-day site visit by the Pan American Sports Organization evaluation committee started with breakfast atop the CN Tower and a stop at Niagara Falls and concluded with a banquet dinner.

The evaluation team, which visited other bid cities in Lima and Bogota last week isn’t likely to name a No. 1 candidate but its findings will influence the 42-member voting nations when a host city is named in November.

Bob Richardson, a senior advisor to the Toronto 2015 bid, said the visit was “terrific.”

A “lucky break” in the weather during the Sunday morning breakfast at the CN Tower offered the PASO delegation a panoramic vista of the entire greater golden horseshoe area where the games would be staged, as well as a bird’s eye view of venues like the Rogers Center, Air Canada Centre and Exhibition grounds sports facilities that could also play host.

It capped off Saturday night with a banquet attended by Mayor David Miller as well as provincial and federal officials backstopping the bid.

“There’s a great collegial atmosphere developing,” Mr. Richardson said. “I think personal relationships are very important, as they are in sports or business or politics.”

On Sunday, officials took a GO Train ride out to Hamilton where they went to McMaster University’s sports medicine facility, the David Braley Centre.

There was a helicopter tour of the proposed sites for rowing, sailing and open-water swimming in St. Catharines, as well as a side stop to arguably Canada’s most famous tourist trap, Niagara Falls.

While a bus of roving protesters tried to keep up with the PASO officials’ packed schedule, Mr. Richardson slammed their efforts as “a joke” and decried the “disproportionate” media attention given to their efforts.

“It’s a joke. A dozen people came out yesterday and 20 came out today,” he said. “It’s frankly a complete and total non-event.”
Mr. Richardson said the five delegates who visited Toronto are among 40 who will cast votes on the city to host the 2015 Pan Am Games at a meeting in Guadalajara, Mexico, set for November.