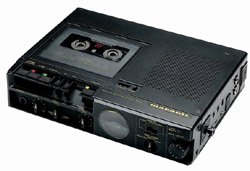 With no objections from Senior Counsel Anthony Astaphan, Justice Belle agreed that the minutes of the meetings be given to the Claimants on Wednesday morning.

Ms. Mottley also informed the Court that one of the grounds of the case in reference to the recent judgement of Justice Errol Thomas will not be appealed and is being dropped.

First witness was Leader of the Opposition, Hon. Mark Brantley. Under cross-examination by Mr.  Anthony Astaphan, S.C., Mr. Brantley told the court he was notified the week before the resignation of Hon. Vance Amory and Hon. Michael Perkins, his two appointments to the CBC and that both the Nevis Reformation Party (NRP) and the governing St. Kitts-Nevis Labour Party (SKNLP) are politically opposed to his Concerned Citizens Movement (CCM), but his Party cooperate when necessary.

He admitted that following the resignation of his two appointees, he had discussion with the Hon. Shawn Richards of the People’s Action Movement on replacing one of the two CBC members who had resigned, but had no formal indication that the request would be accepted.

Mr. Brantley said he has had concerns on the changes to the boundaries of Constituency Nevis 9 that he represents.

On re-examination by Q.C. Mottley, Mr. Brantley said he had not received any request from the Governor General to replace Amory and Perkins and in response to lead consul Astaphan, submitted that it was not his duty to replace the two nominees.

He admitted that he had sent a letter to the Governor General revoking the appointments of Amory and Perkins after they had already tendered their resignations.

Senior Counsel Astaphan requested to be shown the section in the constitution where the Governor General is obligated to make appointments to the CBC on his behalf.

Hon. Shawn Richards under cross examination told the court of letters he had written to the CBC, seeking information that is available in the Statistics Department.

He admitted that comments purportedly made by Dr. the Hon. Earl Asim Martin was brought to his attention by the Spokesperson of the People’s Action Movement (PAM), Mr. Chesley Hamilton.

Mr. Richards said he did not show the letter to Mr. Hamilton or read the transcript of the words spoken to ensure those were the words uttered by Dr. Martin before dispatching a letter to the Prime Minister.

Responding to questions from the Bench, Mr. Richards said that he did not have any suggestions to make on behalf of himself or his party because he had no information other than the 2001 Census.

The case continues Wednesday morning with the Political Leader of the CCM, Hon. Vance Amory taking the stand.