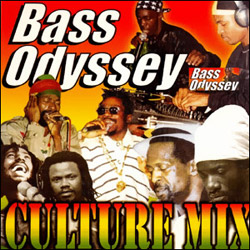 Bass Odyssey the worlds top Reggae Sound System and the UK World Soundclash Champions out of Jamaica will be in St.Kitts – Nevis on May 24th as part of the much anticipated Miss Personality and Marvellous Queen and Ring Band Calypso Show event at PAM Headquarters.

Bass Odyssey is best known outside Jamaica for their clashes. Selectors on Bass Odyssey are Mark, Worm, Squingy, Dameion, Dwayne, Charly Blacks, Lexxy, Keithy, Harry D and Shootah. The sound system features a large amount of Bounty Killer, Buju Banton, Luciano and Garnett Silk dubplates. Besides playing in Jamaica and the United States, the sound has performed in Europe on several occasions, including David Rodigans birthday bash in 2003 and the Riddim Clash 2006, a yearly sound clash sponsored by the German reggae magazine Riddim. Bass Odyssey have played and won the UK World  Cup SoundClash in 2006 and 2007 also the 2008 title making it three consecutive years. The sound has also been nominated for the category Best Sound System at IRWMA two years in a row.

Bass Odyseey will be featured at the “AFTA-SHOCK”  the official after party of the Miss PAM Queena dn Ring Band Calypso Show .The after party event will also feature St.Kitts soundsystems and DJ’s including the Evolution Family,Sweet Sister Sensia and Energetic International featuring DJ Yardy.