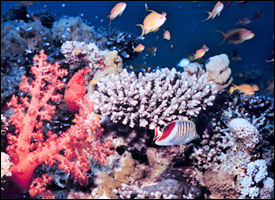 Australia’s High Commisioner to the Federation of St. Kitts and Nevis, His Excellency Phillip Kentwell informed Prime Minister Douglas that his discussions with his country’s officials have been fruitful.

Updating Prime Minister Douglas on the new mandate of the recently elected Prime Minister of Australia, Ambassador Kentwell said he was honoured to address one of the elder statesmen of the Caribbean.

Ambassador Kentwell who is based in Barbados expressed his Government’s concern over the impact of the global financial crisis on the Caribbean region and the cholera epidemic in Haiti.

He told Prime Minister Douglas of Australia’s commitment of continued assistance to combat the cholera outbreak.

The Australian diplomat noted his country’s relationship with the Caribbean and the traditional links through the Commonwealth, the United Nations and through sports.

He noted that Australia and CARICOM have signed a Memorandum of Understanding in November 2009 that established the basis for long-term engagement and closer cooperation.  The MOU emphasised building regional economic resilience and helping Small Island states address global threats and challenges

High Commisioner Kentwell informed Prime Minister Douglas that the Australia awards, which are scholarships and fellowships for CARICOM nationals, are available in the areas of SIDS (small island developing states) issues, climate change, and Coral Reef management and arrangements have been made for officials from Australia to travel the region to collaborate on these issues.

Prime Minister Douglas in welcoming Mr. Kentwell said thanked Australia for its assistance in reef protection as coral reefs are very important to the tourism industry.

Dr. Douglas said he is heartened by the indication of support to Haiti, particularly regarding the cholera outbreak and the implications to the rest of the Caribbean.

He said that the vulnerability of Caribbean and other small states is a major issue and the high debt for middle income countries is extremely problematic and assistance is still needed in accessing funds and financing.

Prime Minister Douglas spoke of the continued transformation of the economy and the challenges of the global financial and economic crisis.

He also spoke of the need for training of law enforcement personnel, particularly the middle management of the police force to deal with the challenges of the restlessness of the young people.