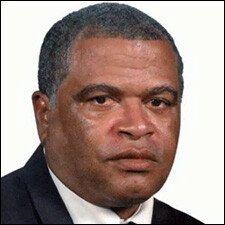 The recent and still ongoing legal issues are clearly demonstrating the incompetence of the Denzil-Douglas-led Labour Government and the reasons why the nation is saddled by a National Debt in excess of three (3) billion dollars.  The legal incompetence is compounded by a degree of arrogance and disdain which seems to be accepted by many individuals and groups in society.

Legal Counsel for the Labour Party has indicated that an appeal will be launched against the meagre costs of $3,500.00 awarded to the P.A.M.  Immediately sensible persons are wondering how much more will the treasury bleed and the people pay to appeal against the meagre $3,500.00.  Minister Carty was apparently very smug, when on “Inside The News” he spoke of the meagre $3,500.00 for all the PAM Lawyers.  In any event it is $3,500.00 less to be spent on chalk in the primary schools or aspirin at the JNF.  For sure the people’s treasury will bleed millions to pay Anthony Astaphan and the members of the legal team.  Many persons are familiar with the Acronym, OPM i.e., other people’s money or our people’s money.  For sure this money is not coming from the coffers of the Labour Party, nor from Labour Government Ministers.

Labourites will say that it is a matter of principle.  That argument can be made but will those who do so be willing to apply the same yardstick to the P.A.M?  The case that did not have the chance of a snowball in hell will cost the people $3,500.00 plus the fees due to Astaphan.  The matter of principle creates many questions.  If principles were followed Dr. Merchant would not have been found in contempt of Court.  It is a case of the Honourable Court being subject to the urine, faeces, disdain and arrogance of Denzil Douglas and the Labour Party.  If Dennis Merchant had placed more value in his own image and self esteem the country would have had better services for the value of its money.

The Labour Government as it did in the Commission of Inquiry is wasting the people’s money, money that can be spent in our schools which are in a state of disrepair and in which desks and chains are in shortage and labs are depleted, without equipment.  Dr. Patrick Martin has already told the nation that the high National Debt has crippled the country’s ability to provide health services.  Even after Dr. Simmonds accepted the patient in Anguilla the patient could not go and have RENAL DIALYSIS.

Thanks to the patience and mercy of the Mona Hospital the young boy is being treated for his Leukemia.  The Government could not provide Val Thomas with the fees; the goodwill of the public saved his life.  Many of our women are suffering from breast cancer and our men from prostate cancer but the money is spent to pay for the Government’s arrogance and incompetence.  The bypass road is now over budget by one hundred percent i.e., the people are paying for two roads instead of one.

While all this is happening Anthony Astaphan leads a team that is sucking labour’s breast, their heads struck deep in the trough, their rear ends in the face of the people.  Anthony Astaphan has an unenvious record of failure but his fees are the envy of hardworking citizens and the burden of the poor people.

It was Anthony Astaphan who held a big press conference telling the public that Lindsay Grant will be sued over the Taiwanese Embassy issue.  Later he again went to the press telling Grant that he has two (2) weeks to make a public apology. The two weeks passed over one year ago, there has been no apology from Mr. Grant and there will never be any such apology.

Why is the Labour Party/Government always calling on Anthony Astaphan?  Is he a political activist?  It is unavoidable to wonder if there is a flow of money from treasury to Astaphan to the coffers of the Labour Party.

The Elections law has to be taken back to the house, the people told, for amendments and emendations.  Again the poor people had to pay the cost.  Even with Anthony Astaphan as legal adviser/counsel the product is still found to be leaky and awry to the Constitution.  The Government’s Legal Department apparently is occupied by persons who are unethical and without self esteem.

There are people who have seen the heavy arrogant and lawlessness of the Labour Government.  The Angela Inniss case is a prime example.  As a young lawyer Angela Inniss-Hodge stood up like a strong woman respectful of legal principles.  She refused to prostitute her self esteem and her parent’s teachings.  She was fired and presented to the public as a villain, an impudent individual.  The matter was taken to the Court and Angela Inniss-Hodge was awarded a significant sum because she did the principled thing.  The people had to pay for the vindictive, lawless behavior of the Labour Party and its vagabonds.

It is the same Legal Department which engineered to deprive Mr. Warrington Grant of his property in Old Road.  Even now with legal challenges in place further efforts are on the way seeking another reason to deprive the man of his property.  Clearly the Labour Government will ignore the law and waste any amount of the public’s money to pursue and achieve its vindictive agenda.

All of this raises the important question, i.e., how ethical and disciplined is the Legal Department in its dealings with these so-called overseas investors.  There is evidence of incompetence and suspicious behavior.  The Allen Stanford case is an example worthy of deep thought.  Allen Stanford (new Texas outlaw) came here with a lot of big talk saying that he is a man of high standards when doing business, one who meets timetables.  He promised to bring his Airline to St. Kitts and got the people’s land at a Mickey Mouse price of sixty-nine (69) cents per square foot.  After playing Antigua against St. Kitts and vice versa; Allen Stanford simple rode away from the entire arrangement without having to suffer the minutest of penalties.  It shows clearly that the Government and the Legal Department are not looking out for the people’s interest.  The question of incompetence and corruption cannot be ignored.  Further the legal arrangements made with all the so-called foreign business must be of deep concern to the people of this country.

The Government’s Legal Department is not working in the best interest of the people, nor in the good health of the treasury. Astaphan and his fellow “TROUGHERS” will eat up the bonus due to the P.W.D workers, the 12.5% due to civil servants and the JNF’S Aspirin Budget.