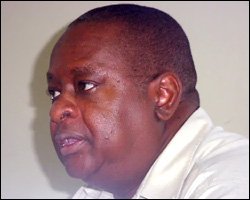 St. Kitts and Nevis Ambassador to CARICOM and the Association of Caribbean States (ACS), His Excellency Wendell Lawrence and Senior Foreign Service Officer in the Ministry of Foreign Affairs are representing St. Kitts and Nevis at a meeting of the 34-member Foreign Ministers of Latin America and the Caribbean (CALC).

The meeting of Caribbean and Latin American foreign ministers, as well as the Rio Group is taking place at the Rose Hall Resort and Spa Hotel in Montego Bay, Jamaica.

“It is clear that the social and economic well-being of the people of Jamaica and the region depend to a large degree on the partnerships we develop with neighbouring economies and large market places of the world,” Dr. Baugh said in welcoming the meetings.

He added that “economic growth, job creation and export formation will benefit from economic co-operation and trade promotion activities with these countries. In charting a course for recovery from the economic crisis, the process of co-operation and integration are indispensable.

Jamaica’s Prime Minister Hon. Bruce Golding will deliver the keynote address at the opening of the CALC meeting on Friday morning. The ceremony will also include addresses by Dr. Baugh, Montego Bay Mayor Charles Sinclair, as well as ministers Amorim and Espinosa.

“Preparatory to the second CALC Summit next February in Mexico, the meeting will focus on issues pertaining to the integration and development of the region within the context of global challenges such as the financial recession, and the energy, food and environmental crises,” a news release from the Jamaica Ministry of Foreign Affairs said.

Deliberations will also address implementation of the Salvador Declaration which emerged at the first Summit of the CALC in Bahia, Brazil on the 16th and the 17th of December 2008. The Declaration highlights the importance of regional integration, co-operation, sustainable development, eradication of poverty and the promotion of social justice and democracy.

The CALC process is the brainchild of Brazilian President His Excellency Lula da Silva.

The 24-member Rio Group provides an important mechanism for regional dialogue and political consultation while seeking to advance integration. The Group’s major focus at its XXVIII meeting will be on matters pertaining to the regional political situation, efforts to expand and strengthen its membership; and the agenda for its Summit in Mexico, proposed for February 2010.

The meeting will consider the report of Mexico’s tenure as Secretariat to the Group and Jamaica’s application for membership in its own right is expected to be ratified by the meeting. Jamaica represents Caricom in the Group.

A joint press conference, following the closing ceremony on Friday afternoon, will mark the end of the meetings which begin with the customary Senior Officials deliberations on Wednesday.