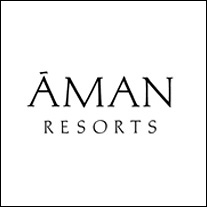 The Aman Resort Hotel Will Be Built At Indian Castle

“Residents of Nevis will always be able to use the beaches,” said Premier and Minister of Tourism, the Hon. Joseph Parry during a Town Hall meeting of developers of the Aman Hotel and residents of Nevis on Wednesday evening at the Hanley’s Road Community Center.

The Premier answered the question during the well attended Town Hall meeting. Questions on land ownership, placement of fishermen and beach usage by locals were among the many questions addressed.

The Town Hall meeting was chaired by Mrs. Janice Daniel Hodge who detailed the construction of the Aman Resort at Indian Castle which will sit on a 350-acre estate and is expected to employ some 200 persons.

“Construction is expected to begin by the end of 2011 and is due to open in 2014,” said Mrs. Hodge, who also said the property would include a Jack Nicklaus golf course, a spa, luxury villas and top quality restaurants.

In a follow up discussion on the six-diamond high end property, the Premier told the Department of Information that under the Nevis Reformation Party (NRP) led Government the Four Seasons Resort was negotiated, developed and opened.

“It looks like again under this NRP led- government a second major hotel establishment will be facilitated,” concluded the Premier.

1 thought on “Aman Resort Hotel To Be Developed On Nevis”