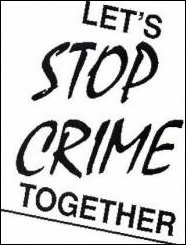 St. Kitts – Nevis Labour Party is giving its full support to this week’s March and Rally against crime and is urging all its members, supporters and friends attend this worthwhile effort.

“It is important for the nation and the world to be reminded that the gang violence that has occurred in St. Kitts and Nevis is alien to our culture and traditions; and this is a phenomenon to which the people of our country will never reconcile themselves,” said National Political Leader, Hon. Dr. Denzil L. Douglas.

The statement issued from the Church Street Labour Party Secretariat noted said that everyone now recognizes that no one group or entity can solve this problem.

“The St. Kitts-Nevis Labour Party is in full support of the march being organized by The Christian Council, the Evangelical Association and the Chamber of Industry and Commerce for Thursday, April 2, 2009, and further urges all of its members, supporters, and friends to support this worthwhile effort.

The Labour Party reminded its members and supporters to wear black and/or white in order to reflect the solemnity of the occasion.

The Labour Party’s support for the March and Rally follows the government’s unqualified support during a meeting last on Friday afternoon with Chairman of the Christian Council, Rev. Isaiah Phillip and President of the St. Kitts and Nevis Chamber of Industry and Commerce, Mr. Mark Wilkin.

Dr. Douglas was informed first hand, in his capacity as Prime Minister of plans by the Christian Council, the Chamber and the St. Kitts Evangelical Association to promote a March and Rally to sensitize the Nation to the urgent need to condemn crime and violence in the society.

The Prime Minister has been invited to deliver a five-minute address at the Rally, which has as its theme: “United: Working Together Against Crime and Violence.” Other addresses will come from representatives of the business community, the churches and the political directorate.

“My Government welcomes the support to our initiatives to deal with the issue of crime and violence,” said Dr. Douglas last Friday.

The organisers propose that participants of the march gather at the Patsy Allers Playing Field on Thursday 2nd April at 1:00 P.M.

It will wind its way through Basseterre via Fort Thomas Road and George Street ending at Warner Park where the Rally will be held.