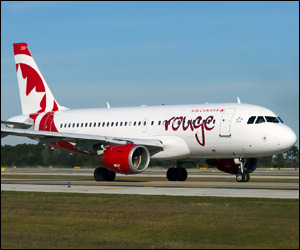 Air Canada has resumed its seasonal non-stop flights into St. Kitts – Nevis, one of its leisure destinations around the world.

The weekly flight, which previously operated on Fridays, now operates on Monday’s arriving late afternoon and departing an hour later.

Everyone wants more vacation time away and Air Canada rouge, together with Air Canada Vacations, offers competitively-priced travel to exciting leisure destinations in Europe and the Caribbean: Edinburgh, Venice, Athens and multiple destinations in Cuba, Costa Rica, Jamaica and the Dominican Republic.