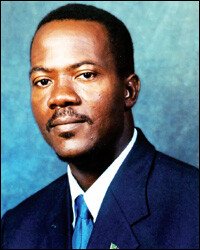 The period 1993 to 1995 was a very dark time in the history of our beloved Federation.  No amount of whitewashing can remove the permanent ugly stain that was blotted onto our peaceful and beautiful landscape by the Douglas-led Labour Party.

In the quest for absolute power, the good name of St. Kitts and Nevis was dragged into the mud.  Labour Party “˜chickens’ were released to cause mayhem in the streets of Basseterre. Murders, disappearances, riots and intimidation became the order of the day as a budding dictator used any means necessary to remove the lawfully elected government from Church Street.

The Labour Party understood the value of political propaganda in achieving its goals.  It used the Goebbels’ model to incite its supporters to destroy the country.  Joseph Goebbels, Hitler’s chief propagandist, wrote in his diary that propaganda was about “winning people over to an idea so sincerely, so vitally, that in the end they succumb to it utterly and can never again escape it.”

And so, Labour created Devil’s Island.

In a short space of time Ambassador Billy Herbert and his fishing party of six disappeared at sea, Police Superintendent Jude Matthew was assassinated, and a son of the Deputy Prime Minister and the son’s girlfriend were brutally murdered.

The stage was set for media blitz.  The Labour Spokesman attacked the Government every week with its propaganda.  The Labour Party paid emissaries fed the regional and international media with a steady diet of lies and half-truths.

The Sunday London Times in the UK published an article written by Paul Eddy and Sarah Walden on February 26th 1995.  The article gave a damning tale of life in St. Kitts, a tale that was so far from the truth.  However, truth was not the objective.  The ultimate objective was the crippling of the country’s economy and the removal of Dr. Kennedy Simmonds’ and his Cabinet from government was the only objective.

The article did untold damage to the country’s image on the international scene.  Foreign investors became scared.  Local investors became concerned.  Many of them jumped onto the bandwagon of the devil.  Others became silent, afraid to condemn the wrongs of the Labour Party.  St. Kitts has never recovered from that episode.

Fourteen years later, a chicken has come home to roost.

The recent article published in the Daily Mail online newspaper in England has resurrected the Devil’s Island creation of the St. Kitts Labour Party.  The article which speaks about guns, drugs and gang wars has also described St. Kitts as the “Murder Capital of the World!”

The sad truth is that Law and Order has broken down and the Douglas-led Administration cannot control its own beast.

Denzil Douglas is now angry but should he be mad when our country reaps the whirlwind of 1993 to 1995?  All of sudden the independent media has become the enemy.  It is no longer the propaganda tool of the government. The Prime Minister must understand that time is longer than twine. The stars are now in alignment.  Change will come.. P.A.M. must win!