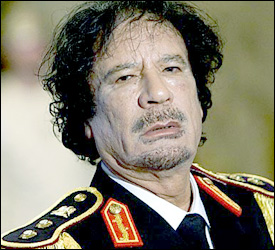 St. Kitts and Nevis’ Prime Minister and Chairman of the Organisation of Eastern Caribbean States (OECS), Denzil L. Douglas Friday acknowledged that the ongoing unrest in Libya will have consequences for the sub-region.

Dr. Douglas, who is among 13 Caribbean Community (CARICOM) leaders meeting in St. George’s, Grenada, for their annual Inter-Sessional Summit, told the Caribbean Media Corporation (CMC) in Barbados that the sub-region was working with Libya of strengthening ties with the African Union.

“In fact we have been discussing with the President the opportunity to have the African Diaspora in the Caribbean meet with the African Union leaders sometime later this year in North Africa, it could have been in Libya and so we are concerned that what is happening can set back our agenda,” Dr. Douglas said.

Prime Minister Douglas said that the loss of lives is of concern to the region, adding “we believe that in situations where people are seeking for greater democracy they should be allowed to do that and so we want to use this opportunity to call on the people of Libya, especially to settle their differences and bring to an end the continued loss of lives and bloodshed there.”

Libyans have taken to the streets in a bid to force the government of Colonel Muammar Al Gaddafi out of office.

Libya has become the third African country in as many weeks where its citizens have taken to the streets calling on their leaders to step down and bring democratic rule to the countries.

Egypt and Tunisia are the other countries where the leaders have been forced into exile.

Dr. Douglas said that Libya “had been working closely with the Caribbean governments” and had established diplomatic relationships with the North African country.

Trinidad and Tobago Prime Minister, the Hon. Kamla Persad Bissessar told reporters that Port of Spain is “worried” at the unfolding situation in Libya.

“Anytime there is unrest in  any part of the world …it will impact upon us as well,” she said.